Scoop up Amazon's Most In Demand Pull Up Sweater for 46% off!
Jennifer Aniston’s Facialist Compared This Mascara to Having Lash Extensions
Scoop Up the Foot Massager Kris Jenner Gifted to Her Daughters — $120 Off!
END_OF_DOCUMENT_TOKEN_TO_BE_REPLACED

What a year for the ladies of Teen Mom! Amber Portwood is engaged to marry her boyfriend Matt Baier, MTV News confirmed on Monday, March 2.

The dramatic new trailer for Teen Mom OG, which was released last week, showed Portwood, 24, receiving a proposal from her boyfriend. The reality star’s response, however, was unknown after the cameras cut away to her stunned expression.

PHOTOS: Teen Mom -- where are they now? 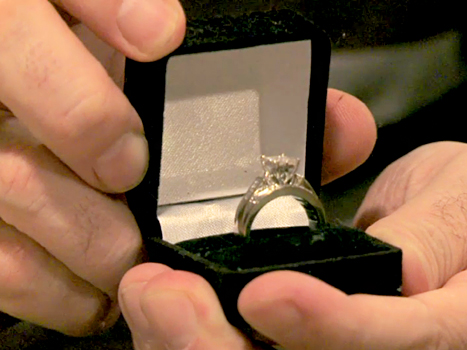 On Monday, Portwood confirmed to MTV News that she said yes. “We are very happy,” she noted. “I’ve never felt this way about somebody else in my life.”

According to Portwood, Baier popped the question last November. In the interim, the couple battled reports that claimed Baier’s proposal was fabricated for the sake of the reality series.

“I don’t stage things for [the cameras],” Portwood said on Monday. “I live my life. MTV follows me — I don’t follow them. Everything that is seen on Teen Mom OG is our lives, and this is the way it is. We’ve never tried to do anything to please others. It’s our lives to help others — it’s not just for TV.”

Leah’s mom — who was released from prison in November 2013 — also addressed another rumor that she was “on and off” again with Baier.

“I think people are trying to compare this relationship with mine and Gary [Shirley]‘s in the past, and it doesn’t even compare,” she told MTV News. “People just need to accept that I’m happy, and I have a good life with my fiancé now.”

Her happy news coincides with the highly anticipated premiere of Teen Mom OG, which features the original cast of MTV’s Teen Mom and Sixteen and Pregnant. The show debuts Monday, March 23, at 10 p.m.

Scoop up Amazon's Most In Demand Pull Up Sweater for 46% off!
Jennifer Aniston’s Facialist Compared This Mascara to Having Lash Extensions
Scoop Up the Foot Massager Kris Jenner Gifted to Her Daughters — $120 Off!
END_OF_DOCUMENT_TOKEN_TO_BE_REPLACED