“A boy character has been a top request from our fans for decades,” American Girl spokeswoman Stephanie Spanos told USA Today. “We’re hopeful Logan will appeal to both girls and boys … For boys, we know Logan can speak directly to them and give them something unique and special to call their own.”

The 18-inch Logan doll has brown hair and gray eyes and wears a plaid blue and green button-down shirt, a graphic T-shirt and dark jeans. He plays the drums in his female friend Tenney Grant’s band. A miniature drum set is included as the doll’s accessory. Both Logan and Tenney will be officially released on Thursday, February 16.

According to American Girl’s website, the company plans to release a more diverse range of dolls this year to appeal to a broader audience, including Nanea Mitchell, who lives in World War II–era Hawaii. American Girl, which is owned by Mattel, also hopes to improve sales with the new characters. The New York Times reported that the brand’s revenue “was flat last year, at $570 million, after a long period of growth.” 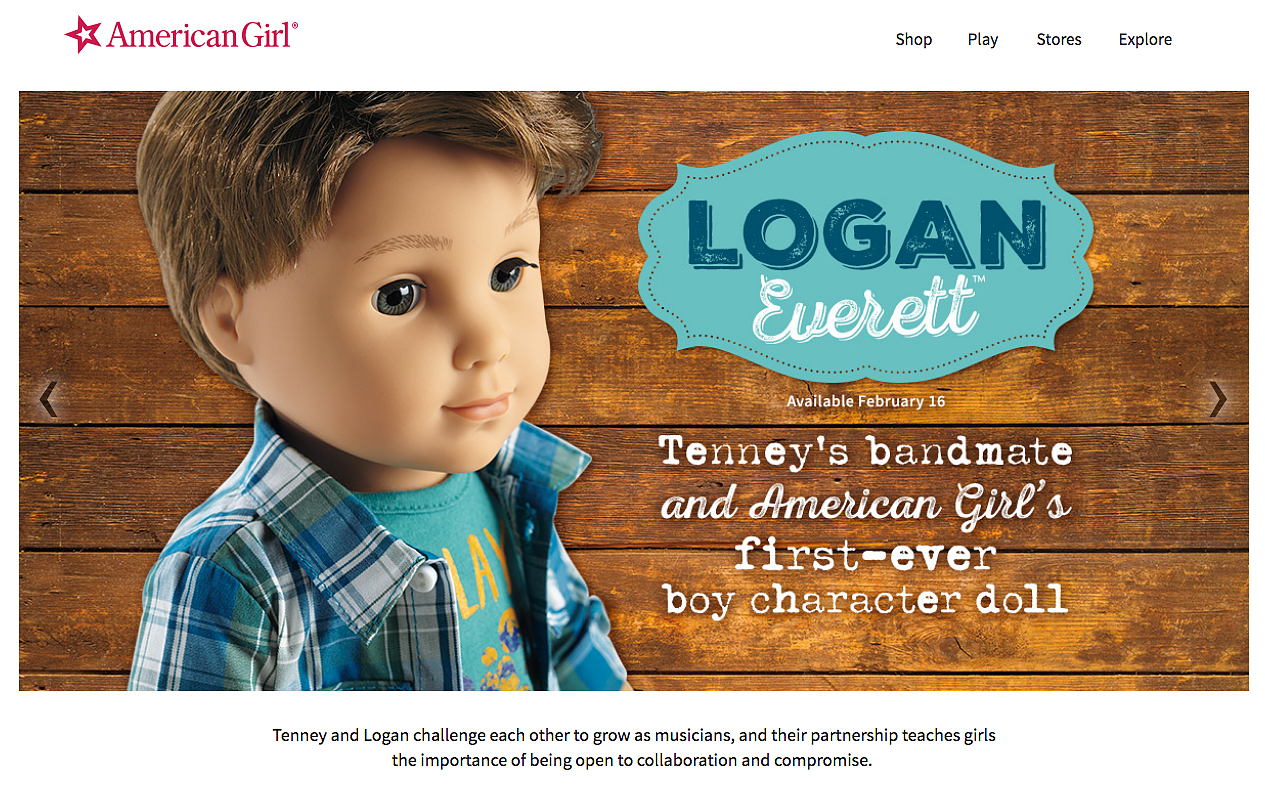 Last December, American Girl introduced its first-ever African-American Girl of the Year doll, Gabriela McBride. The dollmaker, which first gained success with its historical characters such as Kirsten Larson and Molly McIntire, debuted its first black doll, Addy Walker, in 1993.

Logan will sell for American Girl’s standard retail price of $115, which includes the doll and a book.