Jessica Simpson 'Felt Like a Call Girl' Amid Secret Affair With Movie Star
John Legend: How My Kids With Chrissy Teigen Adjusted to New Baby
You Love Dolly Parton’s Music, but Have You Read Her Books?
END_OF_DOCUMENT_TOKEN_TO_BE_REPLACED

Even at her most alarmed, Audrina Patridge is a quick thinker. On March 5, as estranged husband Corey Bohan launched into yet another rant outside California’s Irvine Police Department, where they’d been exchanging 21-month-old daughter Kirra since their sudden September split, the reality star reached for her phone.

Stealthily, she captured his every last horrifying word. “Corey threatened me directly,” she would later write in a court filing, “saying, ‘You better start f–king playing nice. I’m f–king warning you,’ pointing at me while he spoke.” The encounter left her shaken. As she confessed in the report, “I am frightened by Corey’s escalation of his anger and threats.”

Now she’s laying down some demands of her own. Two days after the confrontation, The Hills alum, 32, filed papers requesting that the temporary domestic violence restraining order in place since their split become permanent — and that the Australian BMX racer, 36, be stripped of all rights and visitation of their daughter. (His attorneys asked for her request to be denied.)

Noting Bohan has been violating the protection order by stalking her on social media, making disparaging comments in front of Kirra and tossing out thinly veiled threats, the Prey Swim designer wrote, “I am more afraid of him now than ever, and fear for the safety of our daughter Kirra when she is in his care.”

After all, the well-being of her toddler is Patridge’s top priority. “My main focus is raising and protecting my daughter,” she tells Us Weekly in her first comments since the filing. “I’m in mom mode every day and trying to get through this.”

Her accusations are disturbing. In her request, Patridge reveals Bohan has taken to telling Kirra, “Mommy doesn’t pick you up anymore because she’s an L.A. party girl,” referencing press obligations she’s had in California and Miami. She also alleges he’s often “openly hostile” during their handoffs, one time even swerving his car “dangerously close” to her sister.

But a source insists that’s just a sliver of what she’s had to deal with. Following their split, Bohan ransacked the Orange County home they once shared, says the source, taking Patridge’s wedding ring and other belongings and leaving emotional trauma in their place: “He ripped out pages of her journal and left it on the nightstand. And put up prom pictures of her with other guys.”

That move, says a Patridge insider, is emblematic of their biggest issue. Throughout their nine-year on-off romance — the pair split three times before their November 2016 vows — “there’s always been jealousy,” says the insider. “He’s very charismatic, but flips the switch easily and is super controlling.”

For years, says the insider, Patridge held out hope their relationship could remain on an upswing, but after having Kirra, the devoted mom realized she needed to leave: “She didn’t want her daughter to be brought up in that environment.”

Nor does she want her subjected to Bohan’s erratic emotions. “Audrina’s ultimate goal is to have full custody of Kirra and have Corey get the anger management classes that he needs,” says the insider. As for Patridge, who’s been leaning on family and checking in with former costars Heidi Montag and Kristin Cavallari, she just wants to keep her distance. “She’s stronger now,” says the insider, “and wants to move on with her life.” 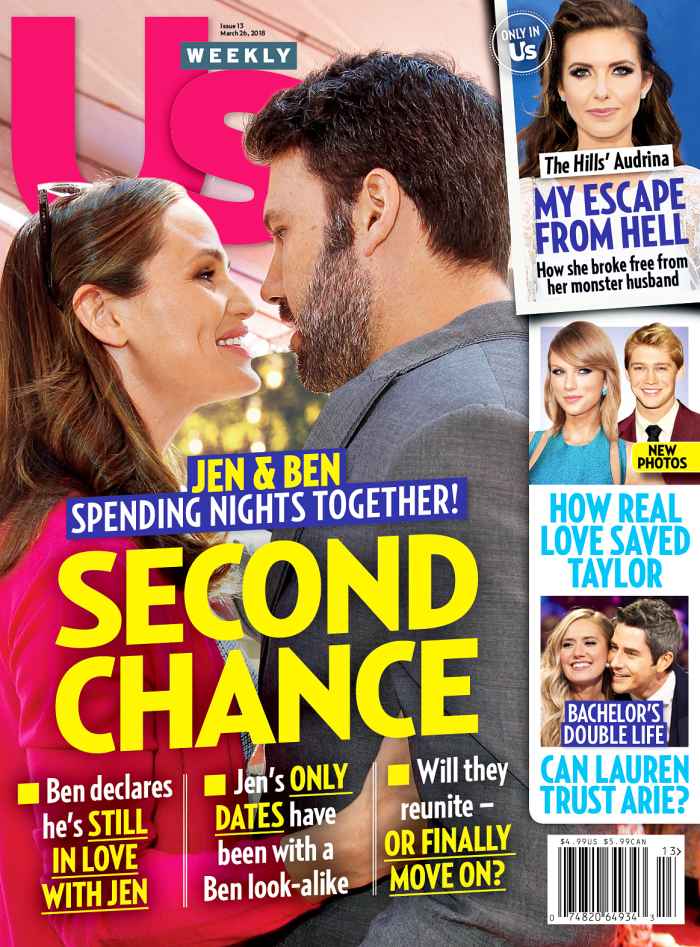 For more on Patridge’s battle with her ex, pick up the new issue of Us Weekly, on stands now!

Jessica Simpson 'Felt Like a Call Girl' Amid Secret Affair With Movie Star
John Legend: How My Kids With Chrissy Teigen Adjusted to New Baby
You Love Dolly Parton’s Music, but Have You Read Her Books?
END_OF_DOCUMENT_TOKEN_TO_BE_REPLACED