Brad Pitt wants the war to end. The actor made a desperate plea to his estranged wife, Angelina Jolie, for them to settle their custody battle out of court, a source reveals exclusively in the new issue of Us Weekly.

“He reached out hoping to persuade Angie that the hearing will cause lasting psychological damage to their children,” the insider tells Us, referencing Maddox, 17, Pax, 14, Zahara, 13, Shiloh, 12, and twins Knox and Vivienne, 10. “There will be no winners, no matter what the judge decides.”

While a source close to Jolie insists that both parties are “working together to reach a settlement outside of court,” the first insider tells Us that the Maleficent star is “not backing down.”

Pitt, 54, and Jolie, 43, are set to appear in court on December 4 to hash out their custody issues. 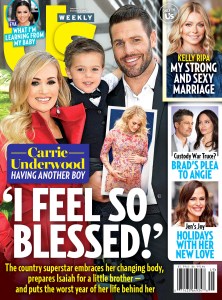 For more on Brangelina’s bitter custody battle — including whether their kids are expected to testify — watch the video above and pick up the new issue of Us Weekly, on stands now.