Try The Rosé All Your Favorite Stars Are Drinking During Quarantine!
Celebrities React to Claims of Ellen DeGeneres’ ‘Toxic’ Workplace: Katy Perry, Brad Garrett and More
The 5 Most Comfortable Face Masks — From Tory Burch to Amazon
END_OF_DOCUMENT_TOKEN_TO_BE_REPLACED

Chip and Joanna Gaines have weathered plenty of rumors about their marriage since announcing the end of Fixer Upper in September. In their first TV interview since the shocking news, the couple revealed they were worried that continuing the HGTV reality series would lead to marital issues.

Chip and Joanna Gaines' Family Album Through the Years

“Look, I’ll give [the rumors] a little credence,” Chip, 42, said on the Today show on Tuesday, October 17. “For us, the most important thing in the world is Jo and I’s relationship, followed very quickly by these four beautiful kids [of ours]. We didn’t want to push it, to redline it for so long that we woke up and realized we are at a point of no return. We wanted to take a step back and focus on what is absolutely the most important thing to us.” 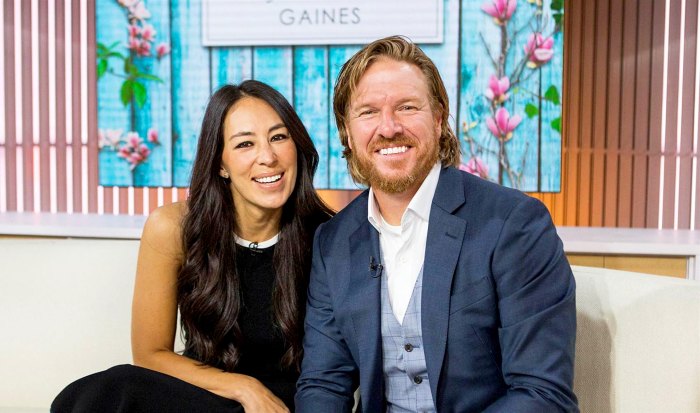 The Capital Gaines author continued, “People in our inner circle, I tell them we’re as healthy as we’ve ever been. I just didn’t want to keep pushing this envelope to the fullest extent. We’re really thankful that we had the opportunity to step back and take a break.”

The home improvement experts — who share kids Drake, 12, Ella, 11, Duke, 9, and Emmie, 7 — have become two of HGTV’s most recognizable faces since Fixer Upper premiered in May 2013. They revealed on September 26 that the series will end with season 5, which premieres in November. Since then, fans have come to terms with the news.

“We’ve kind of all grown together. With the audience, they’ve come alongside with us,” Joanna, 39, told Today‘s Savannah Guthrie. “On the other side, there’s so much encouragement. Even though it was sad, they get it. We have this young, growing family and I just think that was one of the biggest reasons why we wanted to end the show.”

But will they ever return to the small screen? “Who knows?” Chip teased. “We’re so excited about this break. But would we go back and do this again? Absolutely. It was a joy, it was a pleasure.”

The final season of Fixer Upper premieres on HGTV in November.

Try The Rosé All Your Favorite Stars Are Drinking During Quarantine!
Celebrities React to Claims of Ellen DeGeneres’ ‘Toxic’ Workplace: Katy Perry, Brad Garrett and More
The 5 Most Comfortable Face Masks — From Tory Burch to Amazon
END_OF_DOCUMENT_TOKEN_TO_BE_REPLACED