Fed up. Duchess Meghan has had enough of the rumors surrounding her and her family members.

Duchess Meghan and Prince Harry: A Timeline of Their Relationship

“It’s just been frustrating and stressful to have no voice,” a royal insider explains in the new issue of Us Weekly. “She’s always relied on her own voice to stand up for others, and for herself. So not being able to say anything is a debilitating feeling. She’s always been so independent, her entire life, and that’s all been taken away from her. She’s always been able to clap back on social media and now she can’t.”

The drama stems from reports of a brewing feud between Meghan (née Markle), 37, and her sister-in-law, Duchess Kate, and false claims that her private secretary, Samantha Cohen, was leaving her position due to tension between the two women.

Meghan isn’t the only one feeling the pressure: The royal confidante said that the former actresses’ husband of seven months, Prince Harry, is also very protective of his pregnant wife. 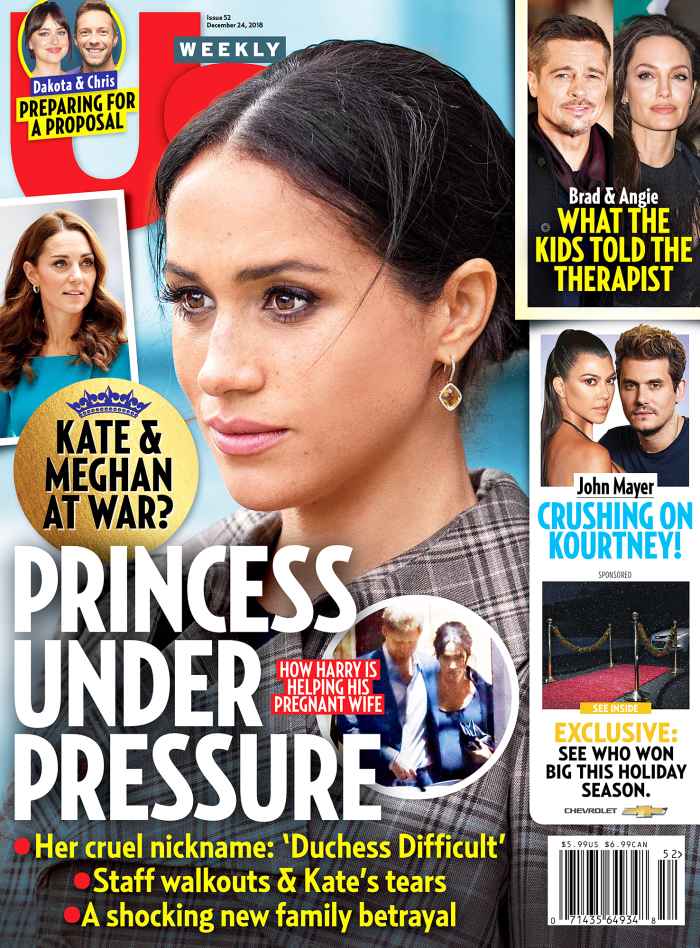 For more about the couple’s struggles, watch the video above, and pick up the new issue of Us Weekly, on newsstands now.