Nothing he can do. Prince Harry “feels powerless” when it comes to the negativity surrounding his wife, Duchess Meghan, a source tells Us Weekly exclusively.

10 Ways Harry and Meghan Have Changed the Royal Game

Last month, reports surfaced that Meghan, who is pregnant with her and Harry’s first child, was fighting with her sister-in-law, Duchess Kate. While an insider told Us Weekly that there is no truth to the feud reports, speculation that the Suits alum was demanding continued to make headlines after Us confirmed the Duke and Duchess of Sussex’s private secretary, Samantha Cohen, was leaving her job. (Another source told Us, however, that there was no drama between Cohen and Meghan.) 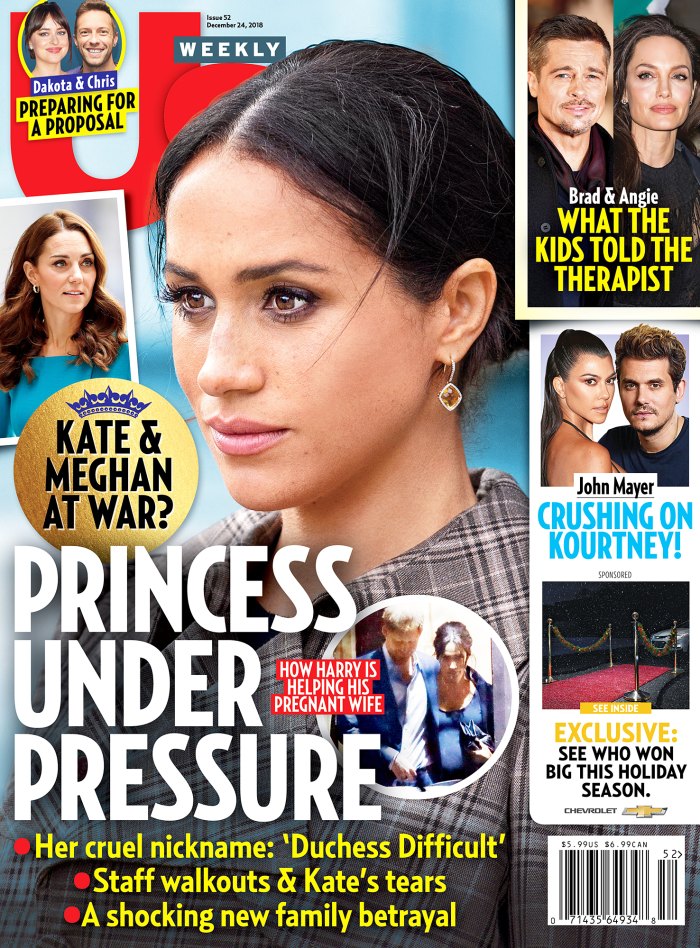 For more on how Meghan is adjusting to life in the U.K., pick up the new issue of Us Weekly on newsstands now and watch the video above!