So cute! Gigi Hadid couldn’t contain her love for her boyfriend, Zayn Malik, after he posted a photo on Instagram. The singer hosted Us Weekly’s Most Stylish New Yorkers party at The Jane Ballroom at The Jane Hotel on Tuesday, September 12, and the following day, he shared a photo of himself looking dapper on the red carpet.

The Best Dressed Celebrity Couples on the Red Carpet

The “Dusk Till Dawn” singer wore a fitted suit and round glasses in the snap and his supermodel girlfriend couldn’t resist posting in the comments section, writing: “Gawwwjusss my baby” with heart emojis. 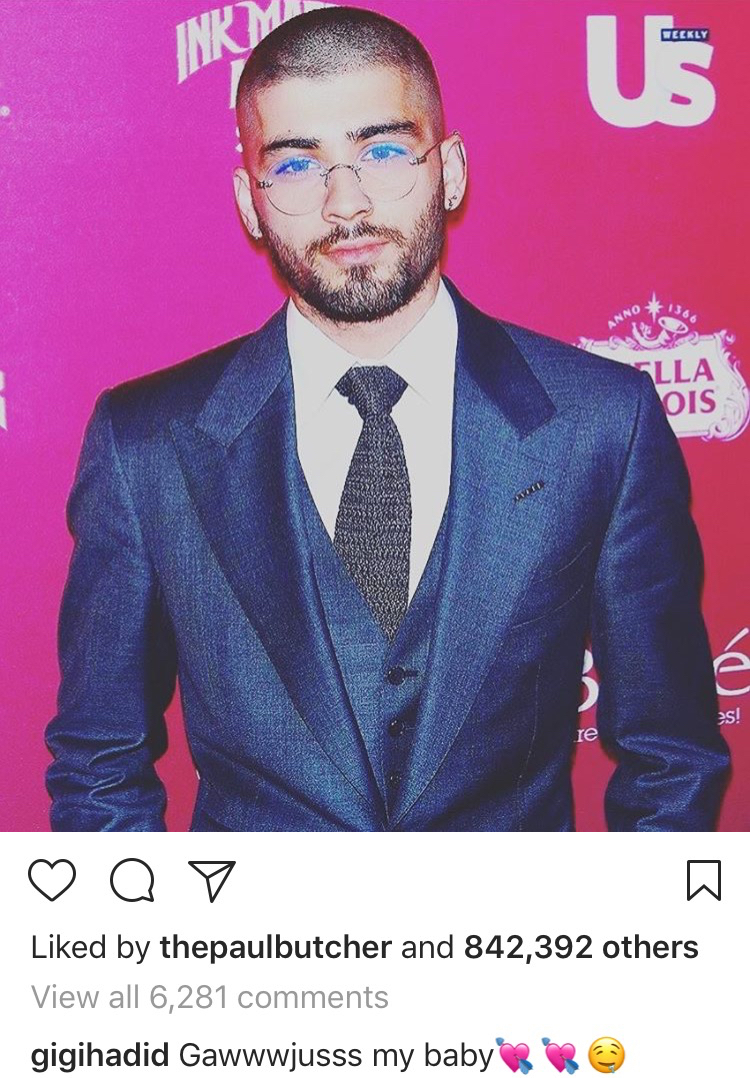 Hadid, 22, was not in attendance at the event, but Malik, 24, spent most of the night with Hadid’s mom, Yolanda Hadid. The “Pillowtalk” crooner also shared a snap on Wednesday of himself sitting in the VIP section with the book author, along with an adorable caption that said: “Me and the beautiful Yolanda.”

Me and the beautiful yolanda

Since Hadid and Malik went public with their romance, they have not stopped gushing about each other on social media and in interviews. Most recently, the singer spoke to Us exclusively about their relationship and how they manage to make it work while they’re both in the public eye.

“We try not to think about it too much. There are a lot of people who are too busy in other people’s lives,” he told Us. “I just concentrate on my relationship and try to do right by my girlfriend and she does by me, and we hope for the best, as we all do!”

The couple are known to be super fashion forward, but just because they’re together, it doesn’t mean they tell each other how to dress. He said, “She doesn’t really pick out my outfits, but we do the normal thing between boyfriend and girlfriend where we’re like, ‘I like this,’ or ‘that looks nice on you.’”

Us Weekly first reported in November 2015 that the former One Direction member and the model were a couple. The pair met at a friend’s party a few years prior, and Hadid revealed this February that they started dating soon after their first date because they “connected really quickly.”