Like many viewers, Hillary Clinton was a bit weirded out when Donald Trump lurked behind her during a 2016 presidential debate at Washington University in St. Louis.

13 Times Hillary Clinton Was Cooler Than You Thought

“This is not OK, I thought,” the former secretary of state, 69, writes in her upcoming memoir, What Happened, according to excerpts obtained by MSNBC’s Morning Joe. “It was the second presidential debate and Donald Trump was looming behind me. Two days before, the world heard about him groping women. Now, we were on a small stage and no matter where I walked, he followed me closely, staring at me, making faces.”

Clinton continues, “It was incredibly uncomfortable. He was literally breathing down my neck. My skin crawled. It was one of those moments where you wish you could hit pause and ask everyone watching, ‘Well, what would you do?’ Do you stay calm, keep smiling and carry on as if he weren’t repeatedly invading in your space? Or do you turn, look him in the eye, and say loudly and clearly, ‘Back up, you creep. Get away from me. I know you love to intimidate women, but you can’t intimidate me, so back up.'” 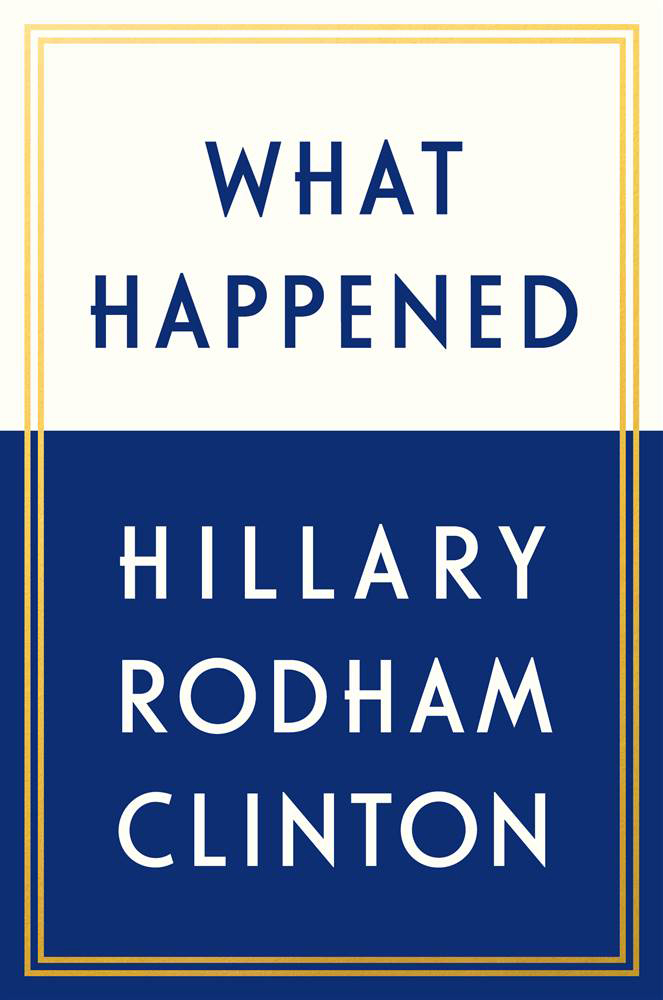 Ultimately, the former Democratic presidential candidate “kept her cool,” she writes, adding that she “did, however, grip the microphone extra hard.”

In the memoir, Clinton details what it was like to run against now-President Trump, 71, as the first-ever woman nominated by a major political party in the United States. “I want to pull back the curtain on an experience that was exhilarating, joyful, humbling, infuriating and just plain baffling,” she writes, via MSNBC.

What Happened hits bookstores on September 12.