Scoop up Amazon's Most In Demand Pull Up Sweater for 46% off!
Jennifer Aniston’s Facialist Compared This Mascara to Having Lash Extensions
Scoop Up the Foot Massager Kris Jenner Gifted to Her Daughters — $120 Off!
END_OF_DOCUMENT_TOKEN_TO_BE_REPLACED

She got it from her mama. At just 5 years old, Arabella Kushner already has mom Ivanka Trump’s defining characteristic, the former Trump Organization VP revealed in a September interview with Harper’s Bazaar: “She knows exactly what to say to get what she wants.”

And what to do. Ivanka once told Us that her grade-schooler will withhold hugs and affection to get Mom to agree to her terms. Joked Ivanka, “She uses that against me like a weapon. She knows how to play me like a fiddle.” While the manipulation can prove challenging, the 35-year-old — also mom of Joseph, 3, and Theodore, 15 months, with husband Jared Kushner — is well aware of how her executive-in-training picked up those skills. “She’s like me,” she told Harper’s Bazaar. “Everything’s a negotiation.”

Never has that been more true for Ivanka than now. Since accepting a role in dad Donald’s presidential administration — in March the onetime Seventeen cover model-turned-real estate executive took on an unpaid special assistant position — she has battled the 70-year-old about everything from LGBT rights to the North American Free Trade Agreement. (According to reports, Kushner, a senior adviser for Trump, convinced him to remain in the 23-year-old pact.)

While many assumed the polished business exec — and her real estate investor husband, 36 — would serves as a calming influence on Donald, Ivanka has struggled at times to get the short-fused tycoon on her side.

The latest blow: his decision to pull out of the Paris Agreement, part of the global effort to fight climate change. Though leaving the accord, signed in 2015 by every country except Nicaragua and Syria, was one of Donald’s campaign promises, Ivanka openly tried to sway him. She spoke with Leonardo DiCaprio about his 2016 documentary Before the Flood, met with Environmental Protection Agency head Scott Pruitt and even arranged a sit-down with environmental activist and former vice president Al Gore at Trump Tower.

A source close to Ivanka says she was disappointed by his decision, but she’s learned to take such defeats in stride. “Sometimes she and Jared are a big influence on Donald and sometimes he takes other opinions into account and does something they disagree with,” another Ivanka insider says in the new issue of Us Weekly. “They win some and they lose some.” 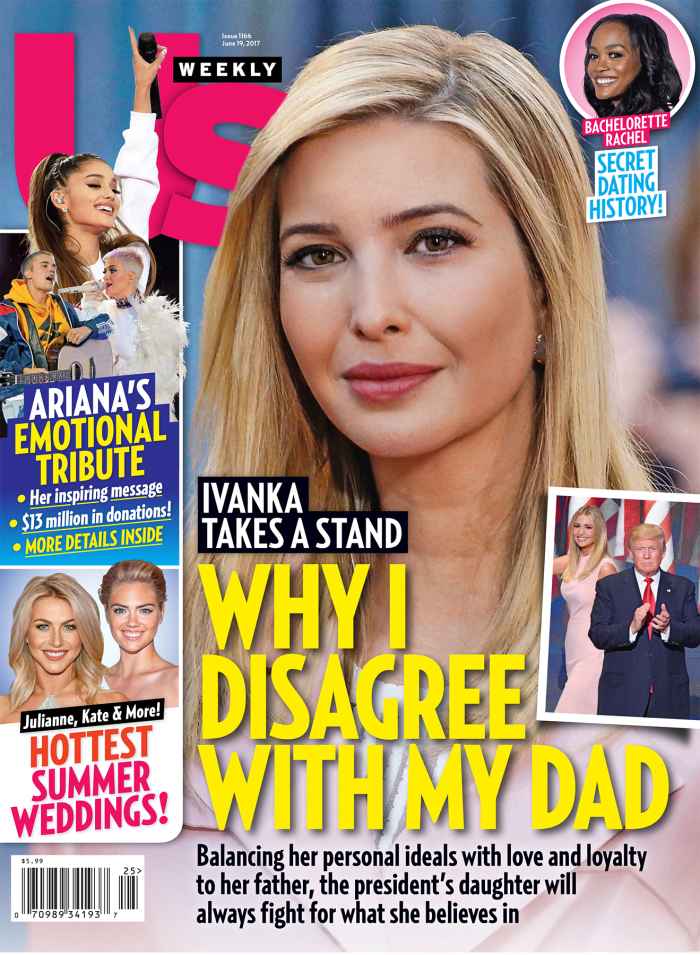 But Ivanka is the best woman for the job. As Donald’s beloved daughter, “she’s the person he listens to more than anyone,” says an Ivanka friend. And the skilled negotiator knows just how to work him — stating her case calmly and directly. “Where I disagree with my father, he knows it,” she told Gayle King in an April 5 interview. “And I express myself with total candor.”

And should she fail to bring him to her side, she doesn’t wallow in defeat. “I go to the mat on certain issues and I may still lose those,” she recently explained to The New York Times. “But maybe along the way I’ve modified a position just slightly. And that’s just great.”

For more on Ivanka’s role in Washington, pick up the new issue of Us Weekly, on stands now!

Scoop up Amazon's Most In Demand Pull Up Sweater for 46% off!
Jennifer Aniston’s Facialist Compared This Mascara to Having Lash Extensions
Scoop Up the Foot Massager Kris Jenner Gifted to Her Daughters — $120 Off!
END_OF_DOCUMENT_TOKEN_TO_BE_REPLACED