They kept the faith. When John Travolta and Kelly Preston’s teenage son Jett died from a seizure in 2009, the pair didn’t know how they were going to survive without him.

“It’s the worst thing that’s ever happened in my life,” the actor has said. “The truth is, I didn’t know if I was going to make it.”

Thankfully, the Church of Scientology was there to help them get back up. While the religion has its fair share of critics and skeptics, the Trading Point star, 64, credits it with his recovery after the family’s ordeal. “The church never left our sides for two years,” Travolta reveals in the new issue of Us Weekly. “I don’t know if I would have made it through without their support.”

Now, one decade later, the parents of daughter Ella, 18, and son Benjamin, 8, continue to be devout followers. He adds: “Our church is the number one thing that keeps us grounded.” 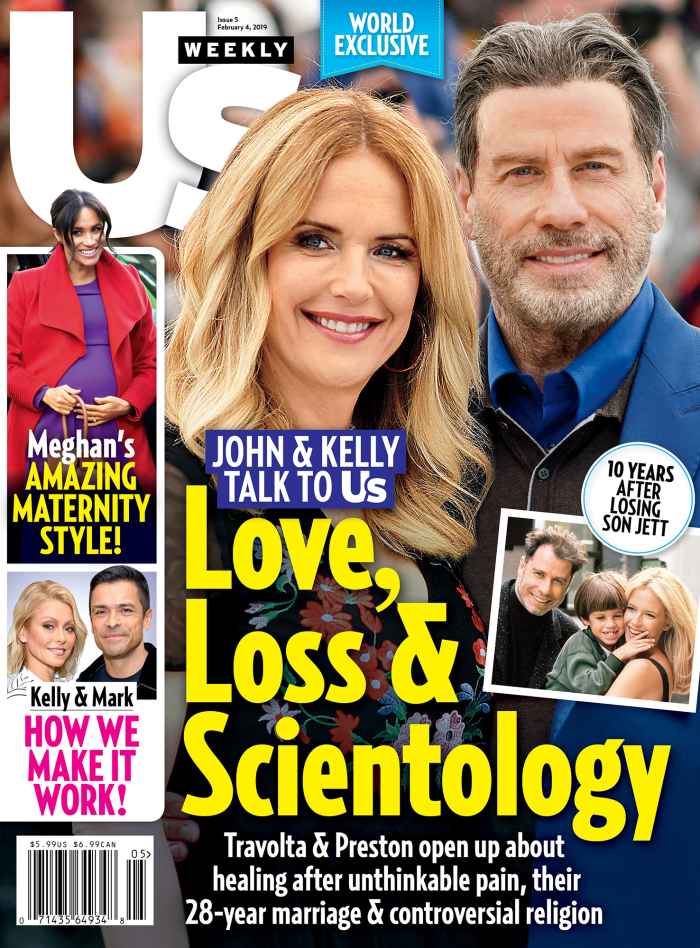 Watch the video above to learn more about how Travolta and Preston, 56, overcame their family tragedy.

And for even more on their nearly 30-year marriage, pick up the new issue of Us Weekly, on stands now!