Weeks after the couple made headlines for reconciling their relationship, the “Swish Swish” singer, 33, attended her brother David’s February wedding in Santa Barbara — solo.

While giving a toast to her brother and his new wife, the star hinted at her current relationship status. “She gave a speech and said about Orlando, ‘We’re on good terms — but not good enough for him to come as my date to the wedding,’” says a source.

Since calling it quits in 2017, the duo have seen together numerous times. But while the source says they’re not serious due to conflicting schedules, “They’re hooking up when they can,” adding, “It’s very exciting.”

The insider adds of her brother’s nuptials, “Katy was in the best mood and great spirits,” noting, “she probably was the most into the wedding out of anyone there.”

Days following the special day, Perry shared hilarious footage on Instagram of her catching the bride’s bouquet. Once she snagged the flowers she shook them above her head and scurried away from the other guests.

“When you crave companionship but run from love when you get it,” Perry captioned the child. “Happy made-up holiday of forced love,” she added in a hashtag. “I love myself. I love you too.”

“She ran an entire lap around the place,” the close pal adds. “She was so excited.”

For more, pick up the new issue of Us Weekly — on stands now. 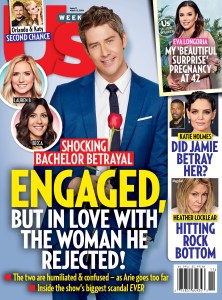