Luke Perry “wasn’t doing well” when he was rushed to a Burbank, California, hospital on February 27 after suffering a massive stroke at his nearby home, a source reveals exclusively in the new issue of Us Weekly.

Luke Perry Through the Years

The Beverly Hills, 90210 alum was immediately placed under heavy sedation in order to give his brain the opportunity to heal. “Luke’s loved ones were hoping they’d pull him out of it after 48 hours or so,” the source says. “But he never recovered. It was devastating.”

Five days later, on Monday, March 4, Perry’s family — including his fiancée, Wendy Madison Bauer — made the difficult decision to take him off life support, the source tells Us.

The Riverdale actor’s rep announced the news of his death later that day, noting that Bauer was at the 52-year-old’s bedside along with his children, Jack, 21, and Sophie, 18, ex-wife Rachel “Minnie” Sharp, to whom he was married from 1993 to 2003, and other close family members and friends. 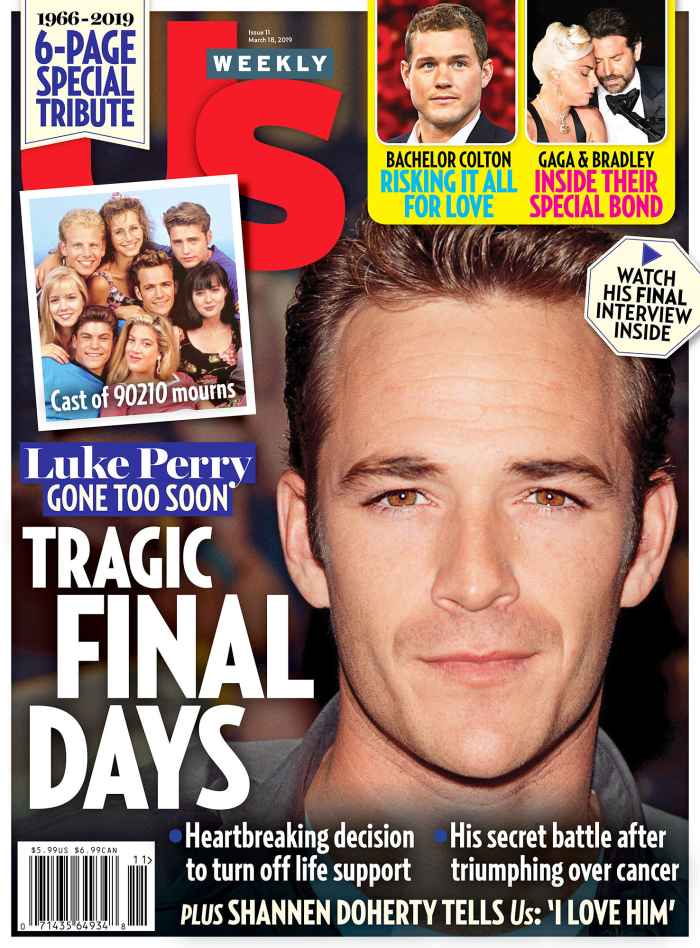 For more on Perry’s life and legacy, watch the video above and pick up the new issue of Us Weekly, on newsstands now.