Miley Cyrus’ pets aren’t the only loves of her life. In the new issue of Us Weekly, multiple sources reveal the free-spirited “Can’t Be Tamed” singer, 23, has struggled to move on from ex-fiancé Liam Hemsworth.

PHOTOS: Miley and Liam -- The Way They Were

“She says she’s always loved Liam and always will,” one pal says of Cyrus, who ended her 16-month engagement to the Hunger Games lead, 26, in 2013. Echoes another friend, “She never really got over Liam.”

The good news for Cyrus is that the Aussie hunk still has feelings for her, too, says an insider: “He’s never met anyone quite like her who has that hold on him.”

And though the insider says the clean-cut Hemsworth initially balked at the ex-Disney star’s changing image — their split happened as she was escalating from dancing on a stripper poll to full-on gyrating with a foam finger at the 2013 MTV Video Music Awards — he’s now ready to accept her, armpit hair and all.

“He realizes she was growing up and experimenting, he took a step back and gave her time to do that,” says the insider, adding, “Miley’s always had a special place in his heart.”

Now, she’s reserved a spot in his arms. Since spending the holidays together in Australia, the couple are giving their five-year off-and-on romance another encore. “They’ve been talking for a while, and now they’re seeing each other again,” says the insider. “They are seeing where it goes before officially getting back together.” 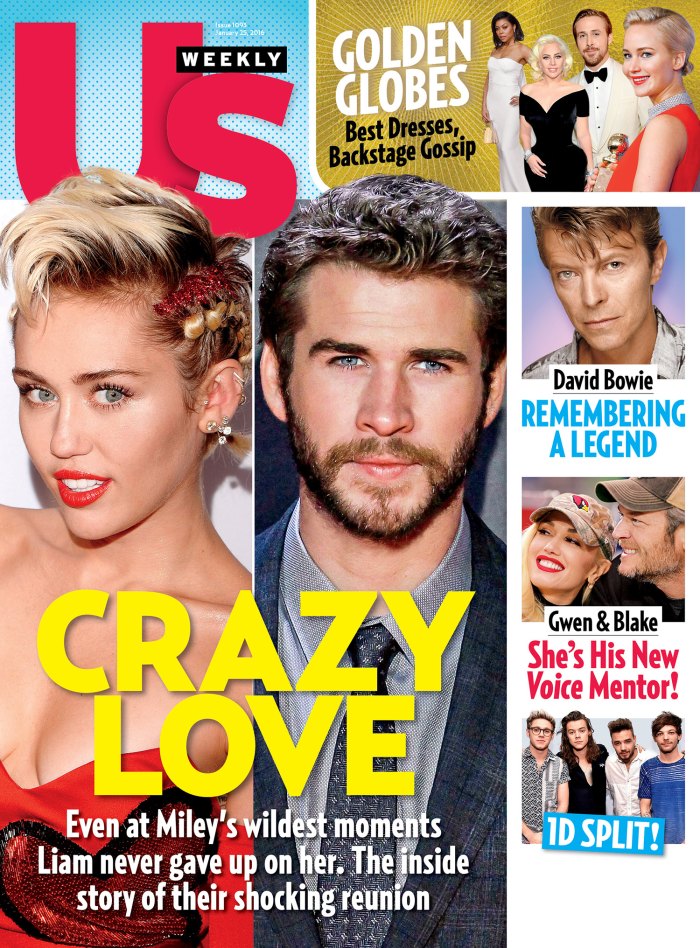 For more on the twosome’s romantic reunion — and what their parents think of their rekindled love — pick up the latest issue of Us Weekly, on stands now!