Pete Davidson and Ariana Grande fell in love with each other instantly, as did the world. Though, it took his mom Amy Waters Davidson to fall for her just a little bit longer.

“Pete’s mother was very nervous about his relationship with Ariana when they started dating,” a source says in the new issue of Us Weekly. “She knows her son goes through manic episodes and thought he was rushing into a relationship and would wind up getting hurt.” If they broke up, Amy worried that the Saturday Night Live star, 24, would become very, very depressed and resort to self-harm,” notes the insider. Especially since being diagnosed with borderline personality disorder in 2016.

But there’s nothing to worry about as he and the Sweetener singer, 25, are very much in it for the long haul. “They are a perfect fit,” a source told Us in June following news of their engagement. “And they are very in love.” For a time, comedy was his only outlet — until the starlet came into his life. “They are both constantly making each other laugh,” the insider added.

Despite her initial reservations over the speed of their three-month romance, his mom is all for their relationship. “Pete’s mom has grown to love Ariana and can see how much she loves Pete,” the family friend adds. “It has gotten better now that she knows Ariana better.” 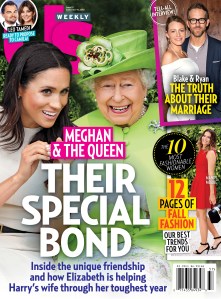 For more on Grande and Davidson’s whirlwind romance, pick up the new issue of Us Weekly, on stands now!

For the latest celebrity news and interviews, subscribe to our new podcast “In Case You Missed Us” below!