Brad Paisley had a plan: pester Carrie Underwood until she snapped. As they took the stage on Wednesday, November 14, to host the Country Music Association Awards together for the 11th straight year, Paisley begged the pregnant singer to reveal the gender of her baby. “Seriously, Carrie, gimme a little baby hint,” he demanded before peppering (make that hammering!) her with the names of famous male-female duos. “Johnny or June? Keith or Nicole? Garth or Trisha?” Then he threw her a curveball — “Waylon or Willie?” — and she finally caved, confessing to the cheering audience, “Willie! It’s a Willie!”

With her second son due in January, according to Taylor Dye of tour opener Maddie & Tae (“We’ve offered to babysit!” she reveals in the new issue of Us Weekly), Underwood says she’s never felt “so blessed.” In September, she revealed she’d suffered three heart-breaking miscarriages over the past two years. Now the 35-year-old mom to son Isaiah, 3, is overwhelmed with gratitude that she and her husband, retired NHL star Mike Fisher, are having another child.

“It took us a while to get here … I’m gonna cry again,” she told Us backstage at the November 14 awards show. “[I’m] just so thankful … to find out Isaiah’s gonna have a baby brother. It was just great news. We’re excited.” For more on how the singer’s journey, check out the video above.

And for even more on Carrie Underwood’s growing family, pick up the new issue of Us Weekly, on stands now! 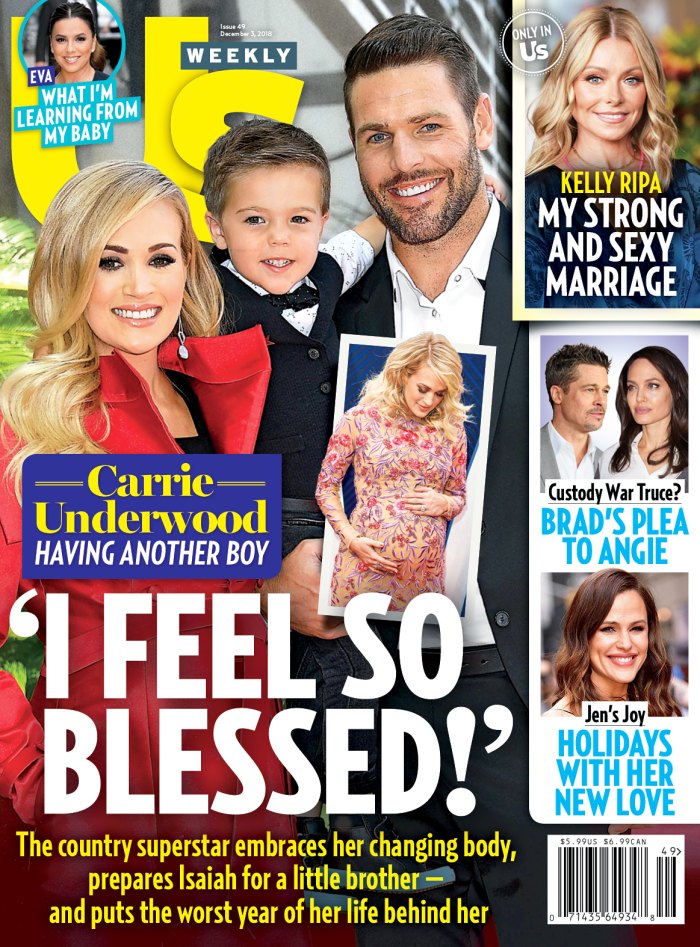