This One-Piece Swimsuit Is So Flattering, You’ll Never Want to Take it Off
This Family-Friendly Virtual Pet Game Will Be The Next Hit Of Your Household!
This Affordable Kaftan From Amazon Is Giving Us Serious Zara Vibes
END_OF_DOCUMENT_TOKEN_TO_BE_REPLACED

Crossing paths again! Sarah Jessica Parker is seated next to her ex-boyfriend Robert Downey Jr. at the upcoming People’s Choice Awards, Us Weekly can exclusively reveal.

As seen in a seating chart photo obtained by Us, the Sex and the City alum and the Iron Man actor, both 51, will only have one chair between them at the Wednesday, January 18, awards show at Los Angeles’ Microsoft Theater. Presumably, Parker’s husband, Matthew Broderick, will fill the seat between the exes.

Parker and Downey were hot and heavy in the ’80s, but called it quits on their relationship in 1991. During an April 2015 interview on Howard Stern’s SiriusXM radio show, the Sherlock Holmes star said that he and Parker reconnected in New York City nearly 25 years after their split. 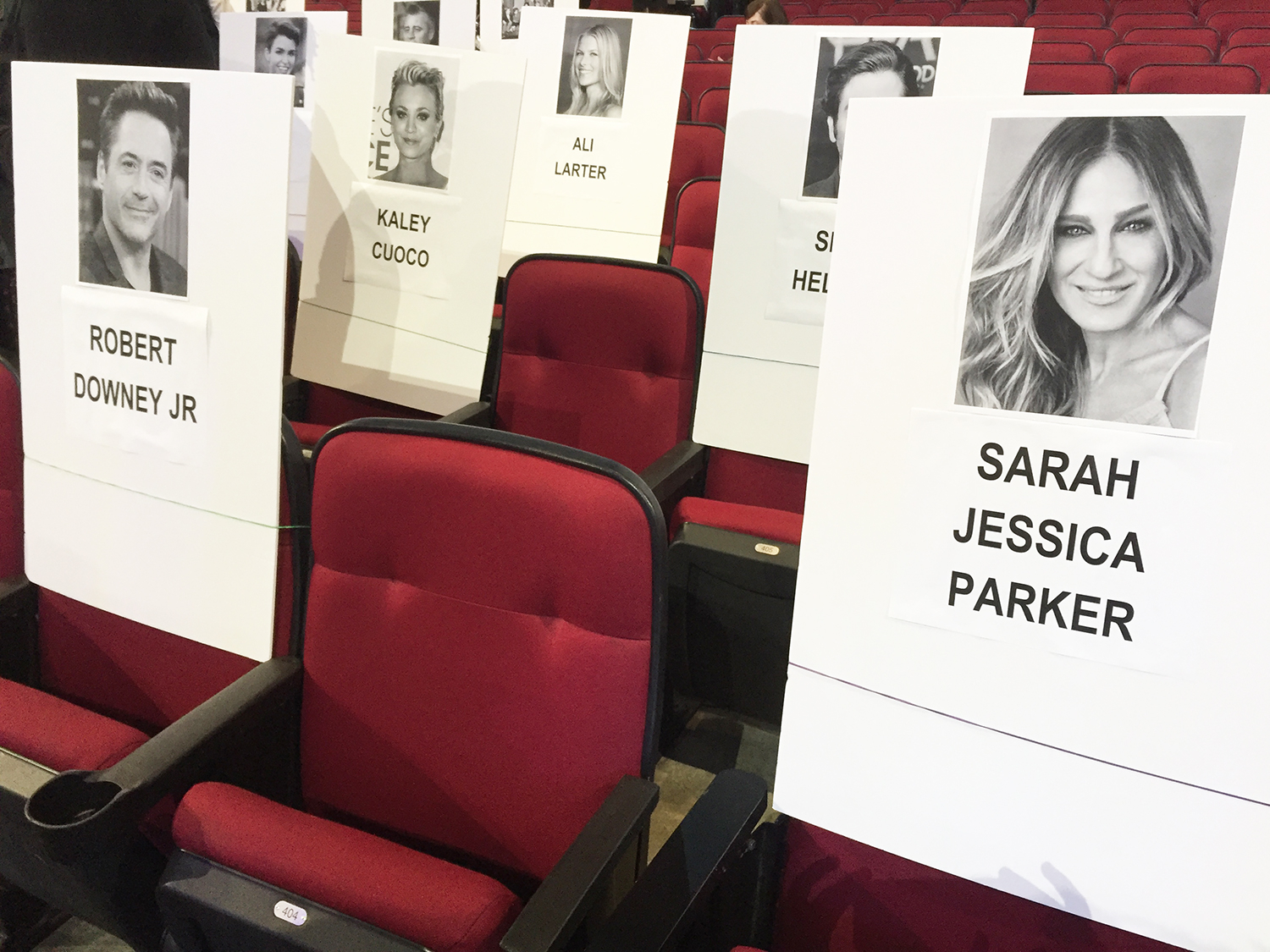 “You know how life goes and so many things happen, particularly when you’re looking at the back nine and you’re not a kid anymore,” he told the shock jock at the time. “You go, ‘You know, this trip to New York, as opposed to just doing what’s required of me, I actually want to take care of some personal business. I wanna check in with someone I shared a big part of my life with and say hi.'”

He added: “Seeing her, I was like, ‘She’s so great and so cool and so funny and so in command,'” he added of his former flame. “I got to meet her kids and I saw the way she and Matthew lived and I respect both of them so much.… You have fresh eyes and you’re actually willing to go to a deeper level of acceptance and kind of just make peace with the way life is. Anytime I was in a relationship, I thought, You’re gonna bury me next to this woman. It’s not that simple and God has other plans.”

In October, Parker also chatted with Stern on his radio show, and opened up about her 2015 reunion with Downey. “It was really nice,” she said. “It was surprisingly not weird.… We were 18 when we met and fundamentally we are sort of the same. I think the difference is he has a family and a wife and obviously his career is a massive thing, but I think his true nature — it was completely familiar.”

In 2008, Downey told Parade magazine that his past issues with substance abuse contributed to his breakup with the Emmy-winning actress. “I liked to drink, and I had a drug problem, and that didn’t jibe with Sarah Jessica because it is the furthest thing from what she is,” he said. “She provided me a home and understanding. She tried to help me. She was so miffed when I didn’t get my act together.”

Parker married Broderick in 1997, and the couple welcomed three children: son James, 14, and twins Loretta and Tabitha, 7. Downey also found love post-SJP. He wed musician Deborah Falconer in 1992, but divorced her in 2004. In 2005, the reformed addict tied the knot with his current wife, Susan. He has three children from the two marriages: son Indio, 23, son Exton, 4, and daughter Avri, 2.

This One-Piece Swimsuit Is So Flattering, You’ll Never Want to Take it Off
This Family-Friendly Virtual Pet Game Will Be The Next Hit Of Your Household!
This Affordable Kaftan From Amazon Is Giving Us Serious Zara Vibes
END_OF_DOCUMENT_TOKEN_TO_BE_REPLACED
Close widget