Back and better than ever. Tamra Judge celebrated her 10-year anniversary on Real Housewives of Orange County by treating herself to a facelift!

“I call it a comeback,” the gym owner, 49, told host Andy Cohen during her guest appearance on Watch What Happens Live on Monday, July 10. “It’s just a mini. Don’t call it a facelift, call it a comeback! That’s my season 13 tagline.” 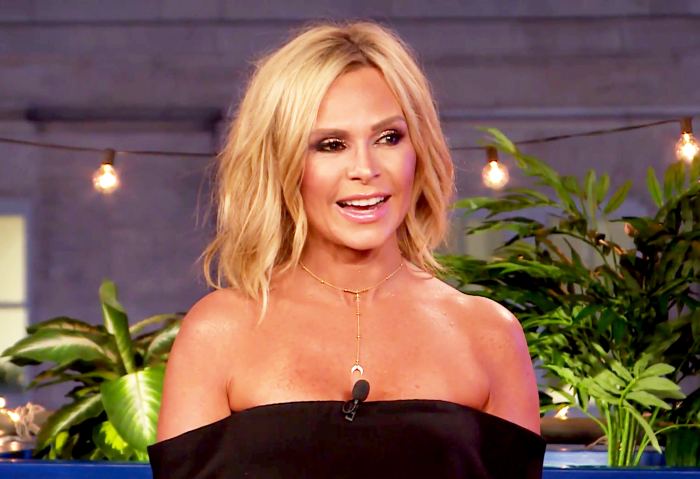 The Muscle Mania fitness competition winner revealed her skin loosened while she lost weight competing. Her doctor suggested that she gain 10 percent body fat, or have the skin pulled. “I had my neck and lower face done. I’m not a big fan of the fillers, cause I feel like you look like a Cabbage Patch Kid, so I say, ‘Pull it, don’t plump it.’ So two weeks ago, I went and had a little tuck,” she explained.

The entrepreneur flaunted her fresh face and announced that although this is her 12th season on the show, she’s “taking it back to season 3” with her new look.

The reality star also told Cohen that her longtime bestie, Shannon Beador, dabbled in cosmetic surgery too. “Shannon had, like, foreskin creamed on her face and this stuff,” she revealed, referring to an antiaging product that uses baby foreskin. “Oh, you’ll see. It’s like a procedure.”

Judge is no stranger to cosmetic surgery. In 2015, she admitted to Extra that she’s had her nose done once and five boob jobs. Beador, meanwhile, has said she had a nose job and chin job during college.