In the wake of the news that Hugh Hefner passed away on Wednesday, September 27, at the age of 91, the cohosts of The View devoted time from the show’s Hot Topics segment the following day to discussing the Playboy founder’s impact on society.

“Hugh Hefner was a Civil Rights and First Amendment trailblazer,” Whoopi Goldberg said. “Some felt he empowered women, others said he exploited them. Thoughts?”

Goldberg’s cohosts Joy Behar, Sara Haines and Sunny Hostin went on to debate Hefner’s impact, all expressing different opinions on how his influence on female sexuality should be perceived today. “I didn’t know him,” Hostin, 48, explained. “But from afar I did feel it was exploitive.” 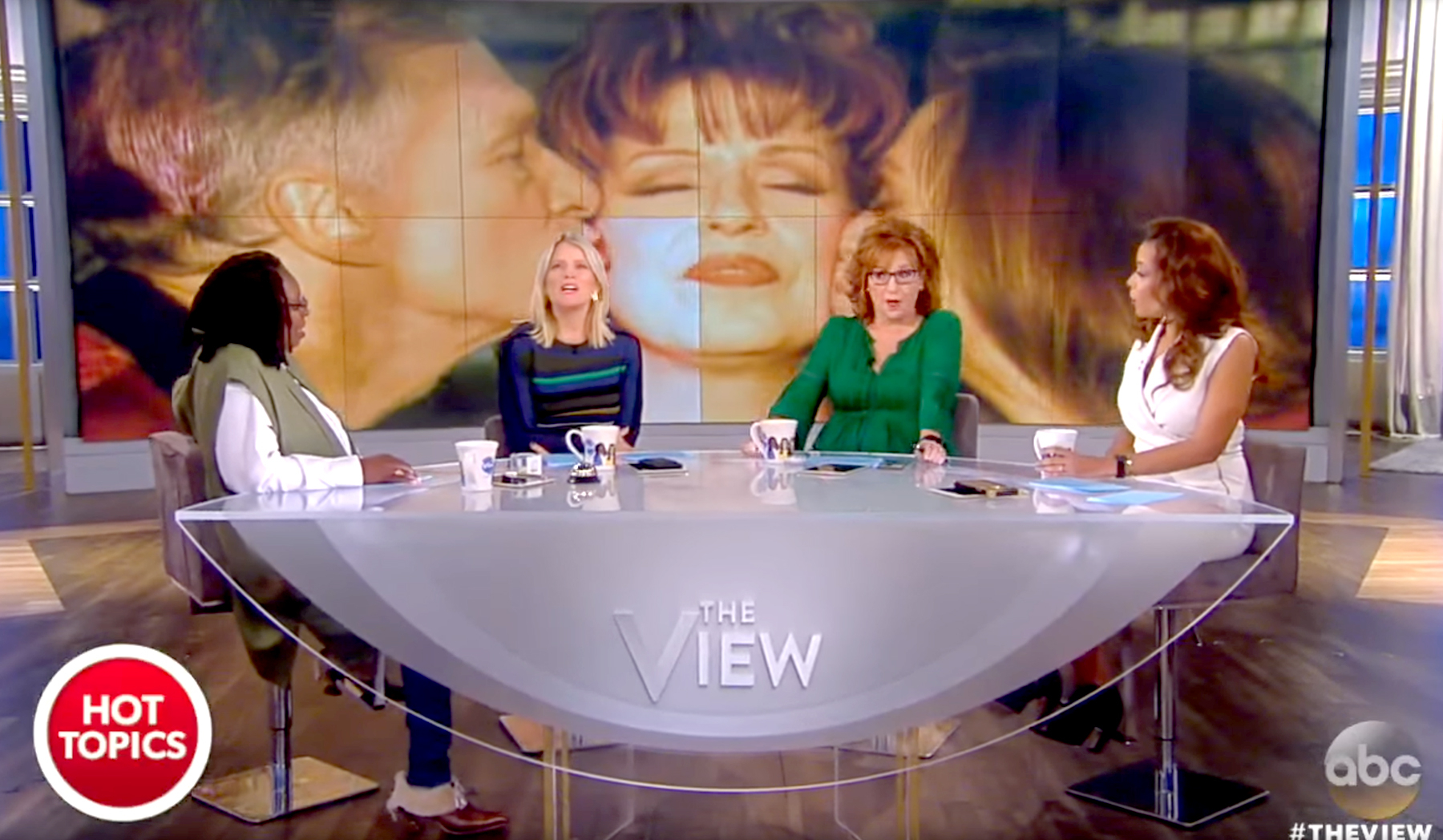 Behar, who spent time with Hefner at the Playboy Mansion years prior felt less decisive in her feelings toward the media mogul. “He was a mixed bag,” she said. “He was very progressive [in terms of] politics, against all kinds of racism, he was good with that. But with women, let’s put it this way: Gloria Steinem’s not gonna read his eulogy.”

Haines noted that beyond the sexuality of the brand, the magazine’s content was worth reading. “People always joke about the articles were good. There were amazing writers!” she said. “There were some really good articles, not that I ever saw any!”

Haines added: “I do think that he was a pioneer and I always applaud someone who busts a new lane in the road.”

Though Behar had plenty of praise for Hefner, she did compare criticisms the general public had of him to another former media mogul.“I hate to bring Donald Trump’s name into this, but people say, ‘He’s not a sexist because he hires women.’ Well, so did Hugh Hefner,” she said. “He made his daughter the CEO of the Playboy industry. He hired women, but he also exploited women. He objectified women.”

However, Behar noted that Hefner’s influence paved the way for current public figures. “Kim Kardashian would not be among us without Hugh Hefner setting the tone back in the ‘50s,” she said. “Because it’s been progressively more and more sex.”

Goldberg understood Behar’s point as a positive reflection on Hefner. “If we think of it that way, didn’t he empower women?” she asked. “He didn’t force anyone to work at the [Playboy] club. He said, ‘Here, this is what we’re doing.’ Women came in, made their own money, had their gigs. … Sort of elevated a different kind of conversation.”

In the hours following Hefner’s death, his son Cooper penned a heartfelt statement to honor his legacy. “My father lived an exceptional and impactful life as a media and cultural pioneer and a leading voice behind some of the most significant social and cultural movements of our time in advocating free speech, civil rights and sexual freedom,” the 26-year-old wrote. “He defined a lifestyle and ethos that lie at the heart of the Playboy brand, one of the most recognizable and enduring in history.”

Watch The View cohosts full conversation about Hefner in the clip above.