Jennifer Lawrence must be the oldest 25-year-old actress working in Hollywood.

A huge compliment, given that in her latest performance she plays the super-steely working mom of two kids — and she never seems too immature for the part. If anything, she’s so poised that it’s hard to believe this is the Oscar winner’s first non-Hunger Games leading role in five years. (Truth. Think about it.)

And if Katniss Everdeen was the one who launched arrows in order to achieve personal freedom, the inspirational and dynamic Joy was the one who did all the heavy lifting.

The literal rags-to-riches story is loosely based on real-life entrepreneur Joy Mangano, the mega-successful inventor of everything from the Miracle Mop to those godsend velvet stackable hangers. (Her last name is never uttered in the movie. Weird.)

Spoiler: She had to work her way to the top. The blue-collar daughter of a self-involved soap-opera addict (Virginia Madsen) and a vaguely chauvinistic garage-shop owner (Robert De Niro), she spent her youth in the suburbs of New York’s Long Island creating products in her room while her parents bickered. In one foreshadow-y scene — which is manipulative yet effective — she implores her best friend that she doesn’t need a boy to make her dreams come true.

By the mid-’90s, she’s already been married to a lounge singer (Edgar Ramirez), had two kids and divorced. She houses her entire immediate family (ex included!) and uses her income working at an airport to keep them afloat. Utterly exhausted, Joy falls asleep on the stairs. But one day, she cuts her hands maneuvering an old-fashioned mop to clean up broken glass. Immediately, the light bulb goes off in her head: With her daughter’s crayons, she sketches out a unique mop — one that self-wrings and features hundreds of thick consecutive loops. Yes, that just might work. But designing it is the easy part.

Two years after Lawrence appeared in David O. Russell’s American Hustle, she gets to show some. Fiercely determined, she asks her dad’s new girlfriend (Isabella Rossellini) for a loan so she can find a distributor to make the products. Then she figures out how to wow the new honcho (Bradley Cooper) of a fledging home shopping network called QVC. As she demonstrates the wondrous mop, the laughter in the room doesn’t deter her. Nor does Cooper’s reticence. Her true grit alone makes this film required viewing for all aspiring businesswomen. 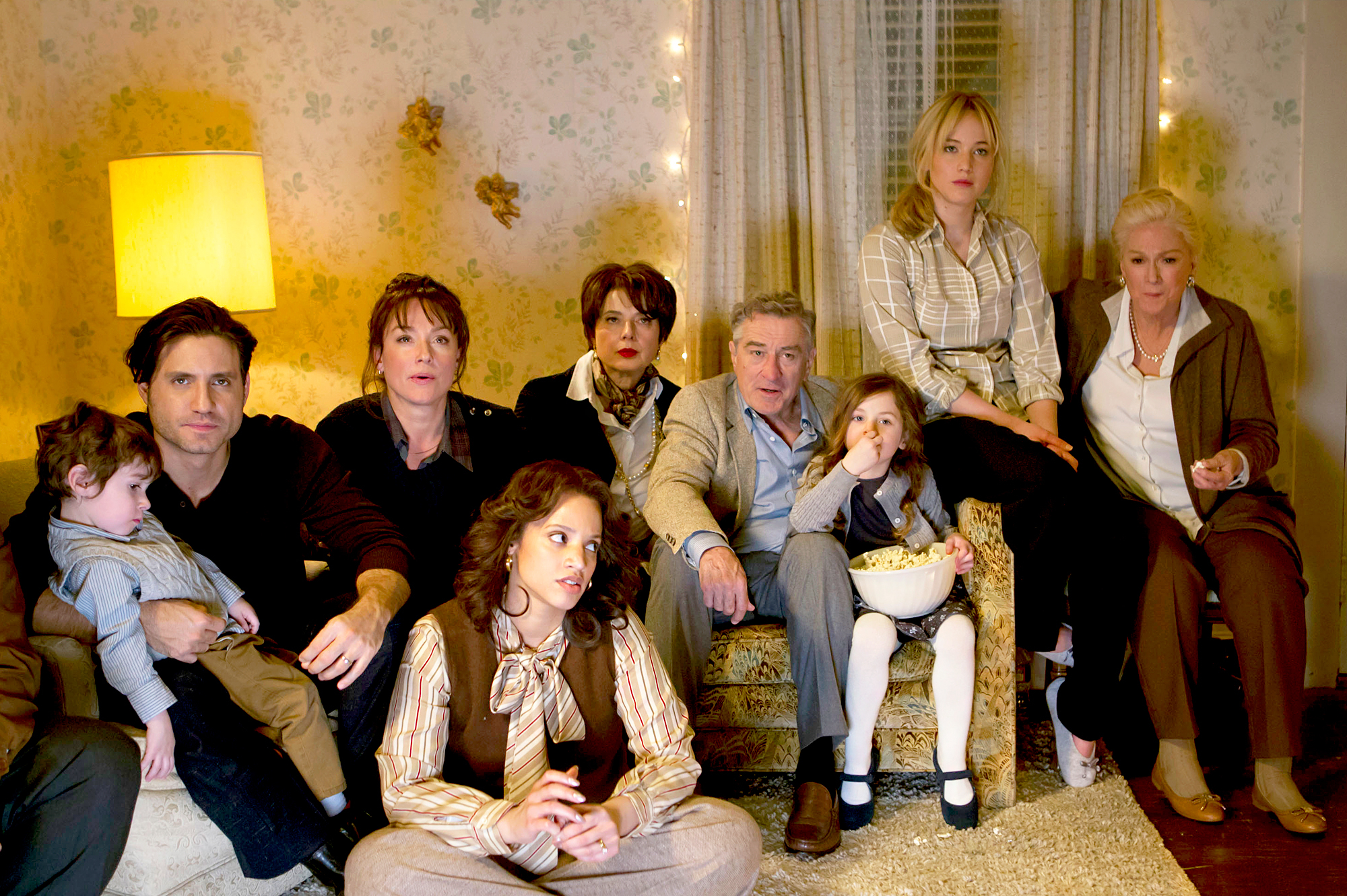 In case you haven’t been counting, this is the fourth Lawrence/Cooper collaboration — and their onscreen chemistry continues to evolve to interesting new directions. No surprise their scenes, which primarily take place on the chaotic set of the network, electrify. You want some hyper-surrealism along with your biopic? Try Cooper schooling Lawrence on the history of QVC and how to launch a product (use your hands!) on TV. And look! There’s Queen of QVC Joan Rivers, played by her daughter, Melissa Rivers, advising Lawrence to go on-air in a skirt so she can show off her nice long legs. This is where Russell’s stylish directing flourishes.

Alas, he sells Joy’s journey a bit short. In the director’s recent triple whammy of The Fighter, Silver Linings Playbook and American Hustle, he illustrated a wonderful knack for melding glossy filmmaking with spitfire dialogue. Nobody can write a family feud like him. He can’t overcome the slapdash storytelling here. Joy’s extreme highs and lows fly by in a topsy-turvy, whiplash-inducing whirl: First she’s a QVC phenom. Then her wicked half-sister (Elizabeth Rohm) sells her out. Then she’s arrested. Then she makes mafia-style deals. Then she lives in a mansion wearing expensive jewelry. 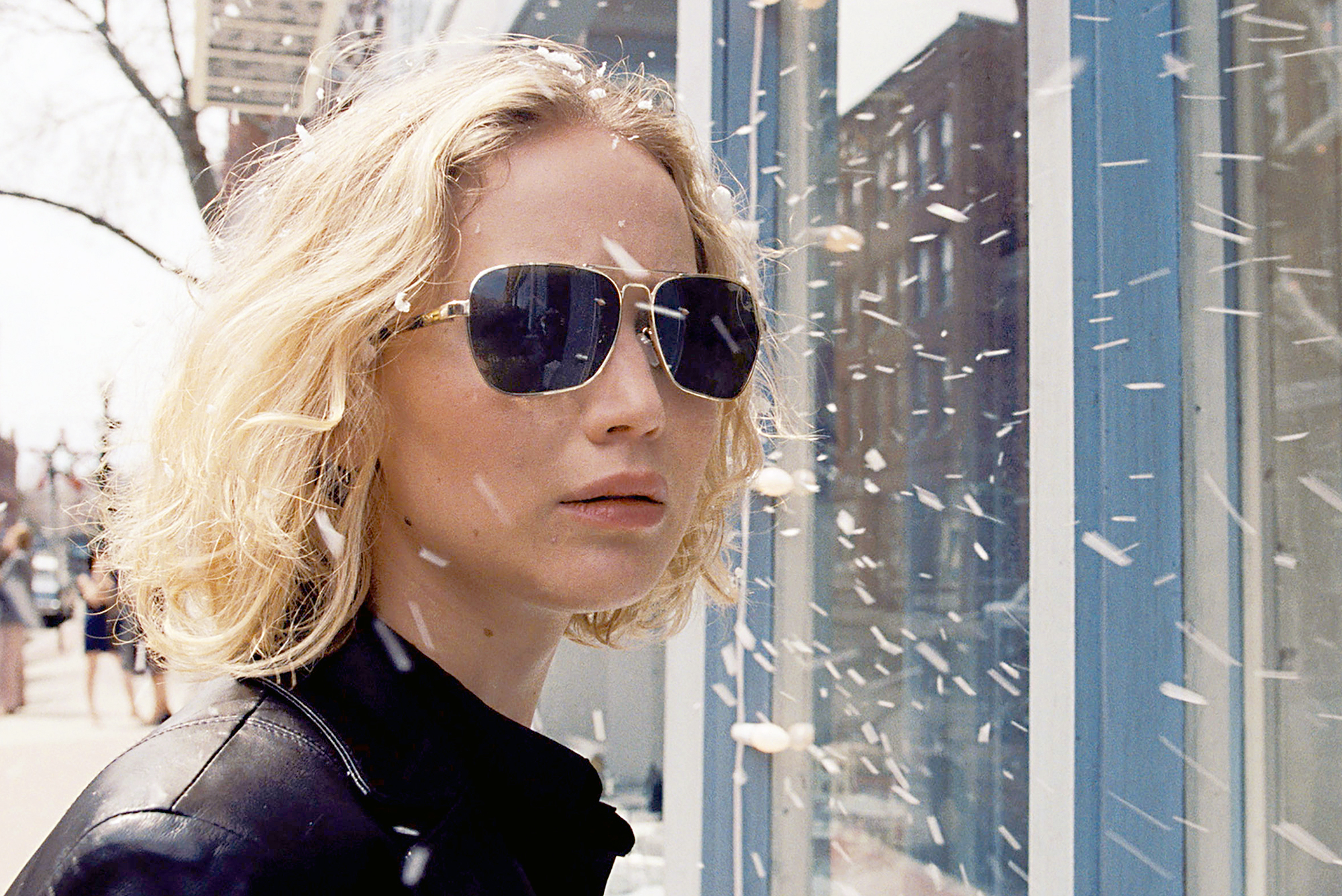 The rushed rhythm leaves you feeling slightly unfulfilled — and somewhat distrustful about what’s unfolding on screen. As O’Russell cuts some narrative corners, who knows what’s fact or fiction or a sly combination of both. (The disastrous first QVC presentation of the Miracle Mop, for example, results in exactly zero sells. Come on.) We want to linger on Joy’s journey and feel every moment of triumph with her. No need for a deceased character to narrate and summarize from beyond the grave.

Maybe it’s telling that for all the film’s en-joy-able moments, you get the sense the heroine could single-handedly fix all the problems herself.