News
A Secret Boyfriend and More! What We Learned From Billie Eilish's Doc
The best coming-of-age movie of 2021 revolves around an introspective California teen who just happens to be a multi-platinum-selling, Grammy-winning international superstar. As if Billie Eilish weren’t already a prominent voice of her generation. The documentary is Billie Eilish: The World’s A Little Blurry, streaming on Apple TV+ on Friday, February 26, and as you […]

Movies
10 Best Movies Shown at Sundance Film Festival 2021
No fuzzy snow boots. No standing in lines that rival the queue for the rollercoasters at Disney World. No sightings of Mindy Kaling and Timothee Chalamet on Main Street. Like all the other big fests around the world, the annual Sundance Film Festival went virtual in 2021 due to the global pandemic. Translation? Instead of […]

Best of 2020
Top Movies of 2020: 'The Prom,' Invisible Man’ and More
Worst. Movie. Year. Ever. Sorry-not-sorry, but there’s no getting around that sad fact. Because of the pandemic, many theaters all over the country have been shuttered for nine months — the one in my New York City neighborhood still boasts posters for winter favorites such as Onward, Sonic the Hedgehog and Birds of Prey. Meanwhile, […]

Movies
Why 'The Prom' Gets 3.5 Stars
3.5 stars (out of 4) There haven’t been a whole lot of reasons to smile this year — and I’m just referring to the alarming death of delightful movie comedies. (Sorry, the re-release of Hocus Pocus doesn’t count.) Everything changes right now thanks to The Prom, a wondrously entertaining and big-hearted musical comedy guaranteed to […]

Movies
15 Movies to Check Out This Holiday Season
Remember The Grinch Who Stole Christmas? He somehow escaped Whoville right around March and spread jeer around the movie world throughout 2020. (It’s a sad day when watching a reading of 1982’s Fast Times at Ridgemont High on a laptop just to pick up on vibes between Jennifer Aniston and Brad Pitt was a highlight.) […]

Movies
Why ‘On the Rocks’ Gets 2.5 Stars
2.5 stars (out of 4) There never was a sequel to Lost in Translation. Everyone who saw writer-director Sofia Coppola’s moody and exquisite 2003 arthouse hit must give their own interpretation as to what Bill Murray whispered into the ear of Scarlett Johansson as the two parted ways in Tokyo. Here’s one possibility: “Psst … […]

Movies
Fall Movie Preview 2020: Joey King Frights and Kristen Stewart Delights
To paraphrase the great Cher Horowitz, 2020 has been way harsh, Tai. Even from a movie perspective — minor in the grand scheme of a worldwide health pandemic, but still! —we missed out on sitting in air-conditioned theaters this summer to see surefire blockbusters Ghostbusters: Afterlife, Fast & Furious 9, In the Heights, Jungle Cruise […] 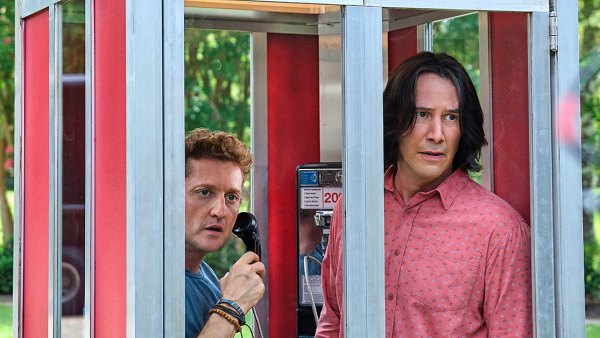 Movies
'Bill & Ted Face The Music’ Is Not Quite Excellent: Read the Review
2.5 stars (out of 4) Well it’s about time Bill and Ted showed up to save us from the 2020 doldrums. Why didn’t they bring a better movie along for the ride? Sorry, dudes and dude-ettes. Bill & Ted Face the Music, the third movie in the endearing time-traveling adventure and the first one in […]

Movies
Pete Davidson Flails in 'The King of Staten Island': Review
2 stars (out of 4) “There’s, like, something wrong with me,” Pete Davidson says to a girl early in The King of Staten Island. The two friends-with-benefits have just slept together, and now she wants a legit relationship. But he dismisses the idea because, as he implies, he’s not worth pursuing. He’s an impulsive screw-up […]

Movies
'Wonder Woman,' 'Mulan' and 14 More Summer Movies to Watch for
Let’s start with good news! There will be summer movies in 2020. One more time with emphasis? Sure, why not. There will be summer movies in 2020. And here’s the interesting twist: Even though the season has a reputation for its proliferation of sequels, spinoffs and revivals, this year’s edition will be a one-of-a-kind event […]

Movies
Are ‘The Invisible Man’ and ‘The Hunt’ Worth Watching at Home?
The coronavirus outbreak has many people weighing their streaming options from home as they self-isolate. Some have binged Love Is Blind, while others tuned in for John Legend’s incredible Instagram concert or rewatched Frozen 2. Now, there are an onslaught on new movies coming soon. Well, new-ish. With movie theaters shut down out of public safety concerns, many […]

Movies
Ben Affleck Stands Tall in Dreary, Predictable 'The Way Back'
2.5 stars (out of 4) A sincere thank you is owed to Ben Affleck. The actor easily could have remained in that Batman suit for the foreseeable future, cloaking both his face and his emotions. He chose to instead emerge from the D.C. Comics darkness and get real in The Way Back. He’s still portraying […]

Exclusive
Jeff Probst Shares His Pick for ‘Survivor: Winners at War’ and More Secrets
The tribe has spoken, and the ultimate outwit-outplay-outlast Survivor is … Jeff Probst, who’s presided over the groundbreaking game/TV social experiment since the very first episode in 2000. Nearly 20 years and more than 500 torch snuffs later, “I’m still having a blast,” the five-time Emmy winner and executive producer, 58, told Us Weekly exclusively […]

Oscars
Oscars 2020 Predictions: Will Brad Pitt Take Gold?
In terms of dates, this is the earliest Oscar ceremony in history. But didn’t it seem like it was never going to get here? Once again, the granddaddy of all awards shows — now in its 92nd year — has weathered an exhausting maelstrom, from the all-male directing nominations to the lack of diversity in […]

Movies
Taylor Swift, Carey Mulligan Lead 2020 Sundance Film Festival Standouts
“I saw it at Sundance.” Every fan of thought-provoking prestige movies — read: movies that don’t feature comic-book superheroes or a blooper reel over the closing credits — knows there’s a cache associated with that phrase. The Sundance Film Festival in Park City, Utah, after all, is where beloved indies make their first stop en […]

Movies
'The Rhythm Section’ Review: Blake Lively's Thriller Is a Ridiculous Mess
1.5 stars (out of 4) What a missed opportunity. Now, when it comes to the ridiculous mess that is The Rhythm Section, I could be referring to the fact that the film squanders the talents of Blake Lively, Jude Law and Sterling K. Brown. Or that it fails to launch a potentially exciting female-led action […]

Exclusive
Straight From Fiji! ‘Survivor' 40 Cast Reveal Biggest Threats and More
You can picture Jeff Probst declaring it from inside a helicopter flying above some South Pacific body of water: 20 years. 40 seasons. 590 contestants. One Survivor. No doubt the reality show that premiered in summer 2000 as a breezy experiment to see how 16 strangers could outwit, outplay and outlast each other on a […]

Exclusive
Jeff Probst: Why Richard Hatch Is Not on ‘Survivor: Winners at War’
Richard Hatch may be the original Survivor winner, but his checkered past can’t be ignored — that’s a big reason why the notable name is not part of the upcoming 20-year anniversary all-champs edition, Survivor: Winners at War. “I don’t know if we didn’t ask him because I think we called every single winner about […] 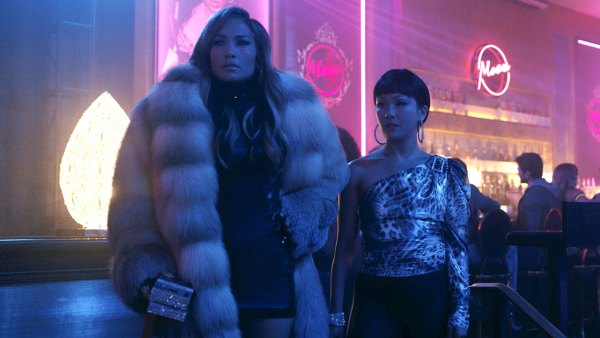 Oscars
5 Biggest Oscar Nomination Snubs and Surprises
There wasn’t a lot of diversity in this morning’s 2020 Oscar nominations. The early-morning announcement started generating controversy before Issa Rae and John Cho even finished reading the list. Not only was the director category female-free (just like the Golden Globes), but almost none of the acting nominations featured minority representation. Aside from Cynthia Erivo, […] 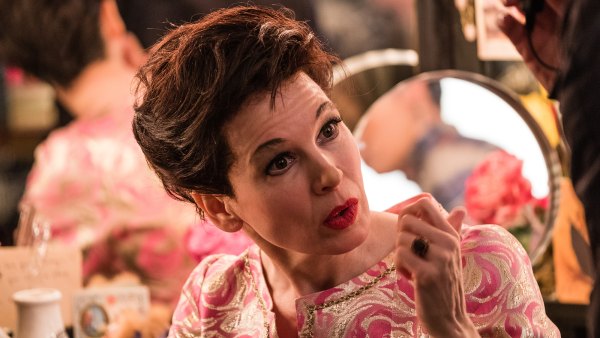 Golden Globes
Which Movies Should — and Will — Win at the 2020 Golden Globes?
The Golden Globe Awards movie nomination list didn’t arrive without controversy — yes, Greta Gerwig and/or Marielle Heller absolutely should have been nominated for Best Director for Little Women and A Beautiful Day in the Neighborhood, respectively. Yet it’s still difficult to argue against any of the specific honorees in the big categories. There are no left-field choices, no […]
Next