Nope, it’s not December 3, but Aaron Samuels and Cady Heron will always be a thing. Lindsay Lohan and her former Mean Girls costar Jonathan Bennett are cohosting the Lindsay Lohan’s Beach Club: After the Show on Tuesday, January 8, directly after the premiere of her new reality show.

Lindsay Lohan Through the Years

While they’ll discuss the season, the onscreen duo also share a few behind-the-scenes tidbits of their time on set of the 2004 movie and their reaction to Ariana Grande’s “Thank U, Next” music video, which recreates the movie. While Bennett, 37, starred in the video, Lohan did not – and wasn’t asked. 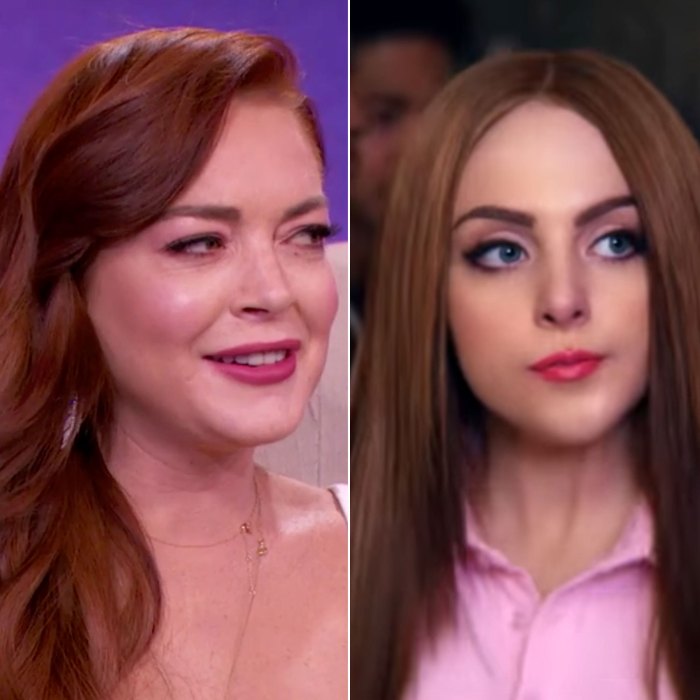 “It was awesome! I thought it was great, but you were in it! I wasn’t in it,” the singer, 32, says in Us Weekly’s exclusive sneak peek of the after show. “I didn’t know, but it was exciting to see!”

When The Burn Cookbook author adds, “It was fun for me,” Lohan quickly responds, “Oh, I’m sure it was fun for you!”

Lohan then starts asking more about the video, such as what location they used. When Bennett reveals they filmed the music video in Beverly Hills, Lohan quips, “So boujee!”

“We filmed [the movie] in Toronto next to a psych ward. I remember that,” the nightclub owner remembers. “Do you remember the alarms went off there? We were freaking out and we locked ourselves in the trailers. Someone escaped. That’s why we were locked in the trailers. Rachel McAdams was freaking out, came to my trailer. We had a great experience. I mean, I was rhinestoning my T-Mobile sidekick.”