Kanye West Is 'Refusing' to 'Move Back' to Los Angeles Amid Marriage Drama
Most Shocking Reality TV Moments of the Week!
Fun in the Sun! Jennifer Garner Enjoys Beach Day With Her Kids After Flaunting Bikini Body
END_OF_DOCUMENT_TOKEN_TO_BE_REPLACED

Love and marriage go together like … two strangers on a reality TV show. On the Thursday, April 20, season 5 premiere of Married at First Sight, six singles morphed into three couples to begin their lives bonded as husband and wife. The experts were back, including Pastor Calvin Roberson, Dr. Pepper Schwartz and relationship expert Rachel DeAlto, and they all seemed very enthused about the possibilities for love to blossom with their new matches. (ICYMI, they didn’t do so well last season.)

The new run kicked off with a double-header featuring two separate episodes that tracked through to their wedding nights. From the looks of things, the relationships were off to a great start, but as you know, the honeymoon can end — both figuratively and literally — at any moment. Here’s how it all began:

Ashley, 30, is the general manager at her family’s bar. Anthony, 32, is a sales executive for an event management company. They both come from big, boisterous Italian families and both seem ready as of yesterday to have kids. At first, Ashley’s mom was not thrilled to hear her daughter’s plans to marry a man she’d never met, but she quickly came around when she saw how important it was to Ashley.

Ashley went wedding-dress shopping with her mom, sister and close friends in tow, and cried when she found her dress. “Normally, I don’t care what anybody thinks about me, but he has to think good things because he’s marrying me,” she said to the camera, obviously stressed.

Before their wedding, Anthony sent a gift to Ashley’s room of five candied almonds to signify wishes for their future: health, wealth, happiness, fertility and longevity. She gifted him with football tickets. (That was a big hit.) Minutes before the wedding was going to start, Ashley’s sister accidentally said Ashley’s name so that Anthony could hear it. He’d had a dream that involved a flashlight shining on the letter “A” and took this to mean that he’d had some type of prophetic moment (eh … maybe?).

Their wedding went smoothly, and their families adored each other. Anthony was immediately struck by her beauty, and the first thing she noticed was his smile. They shared some sweet kisses, both during the ceremony and while taking pictures after — though Ashley didn’t seem too keen on the idea of sleeping together on their first night.

Sheila, 30, is a director of operations for a school district. Nate, 25 (yes, five years her junior!), is a manager at a car rental agency. They’re both deeply religious and have fathers with big personalities. Though he’s young, Nate made it clear he is ready for the next step: “I want to have that family where people look at us and say, ‘Damn, they look happy.'”

One person who was not happy, however, was Nate’s mom. “God is the best matchmaker,” she quipped when he told her. “Marriage is not a joke.” She did agree to come to the wedding, but she couldn’t mask her disappointment and worry with the situation at hand. Further complicating matters, Nate’s 17-year-old brother lives with him, and Nate was going to have to break the news to his new wife that she will be living with this (random) 17-year-old kid, too. It’s probably worth mentioning that despite Nate being very religious, his bachelor party did involve a stripper. To each their own!

The actual wedding went very well. They had an instant spark, and Sheila was brought to tears over how sweet Nate’s vows were. Afterward, over glasses of champagne, they were each surprised to learn the other’s age, but neither seemed too stressed by it. The only hiccup was a very strange speech by Nate’s dad at their reception. “Daughter,” he said to Sheila. “Your daddy had been talking s–t to me all night, and he thought I wasn’t going to get on the mic and talk s–t about his gray-haired ass?!”

Nate’s mother was not impressed with the language, and frankly, neither was Sheila — though they were relieved when his dad revealed it was just a joke. At the end, Nate introduced Sheila to his teenage brother … but he didn’t mention that they would be living with him. 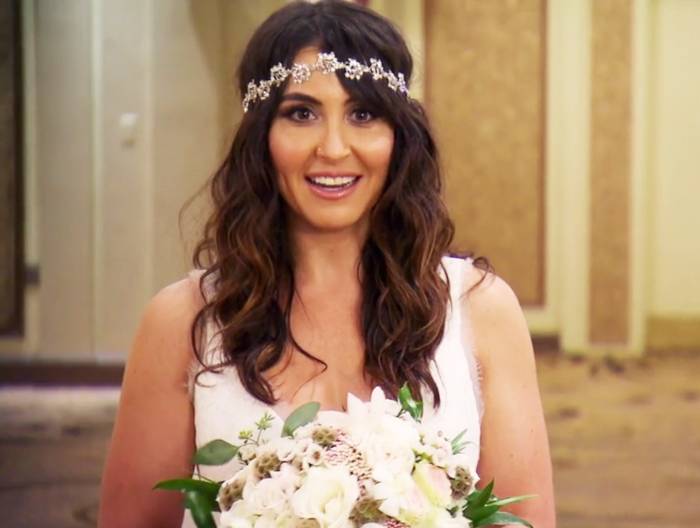 Danielle, 30, is a registered dietician, and Cody, 26, is a personal trainer. (Yes, another couple involving a bride who is older than her groom!) Danielle’s dad was apprehensive but excited for her, and Cody’s family happily hopped on board. His brother had actually tried out for the show as well, but sadly, was not matched. “I’m only 26, but I feel like more than any time in my life, I’m emotionally stable, I’m financially stable, I’m ready to leave those party kid years,” Cody explained.

His bachelor party was pretty tame and consisted mainly of beer pong, while Danielle and her friends headed out for a pole-dancing class. When the big day arrived, she was clearly a ball of nerves, but she got over it pretty quickly. “No backing out!” she cheered. “I want to see what’s happening!” Her dad took her arm and walked her down the aisle. During their vows, she promised to make the experience “as fun and as positive” as possible.

After, Cody revealed that the bow he had gifted her before the ceremony came from a scrap of material from his grandmother’s wedding dress. (She had passed away, and it was his family’s way of keeping her memory alive.) Danielle thought that was extremely sweet, and evidence that he was a good guy.

During the reception, they discovered that in addition to working in the same industry, they both shared a love of the Cubs and pizza. They had a nice first dance, and then Cody slipped away to get some face time with Danielle’s father, which the dad appreciated. Before heading to their room together, Cody confessed to the camera, “I’d love to be the dude and be like, ‘Oh we’re going to bang tonight,’ but I think it might be better in the long run if we wait.” For her part, Danielle looked at the camera and giggled, “Anything can happen.”

Tell Us: What are your first impressions of these couples?

Kanye West Is 'Refusing' to 'Move Back' to Los Angeles Amid Marriage Drama
Most Shocking Reality TV Moments of the Week!
Fun in the Sun! Jennifer Garner Enjoys Beach Day With Her Kids After Flaunting Bikini Body
END_OF_DOCUMENT_TOKEN_TO_BE_REPLACED