Kate Middleton and Prince William announced their engagement in 2010.

It just got a whole lot easier to dress like Kate Middleton! It reportedly took just five minutes for the $535 Issa royal blue wrap dress Kate wore to announce her engagement to Price William on November 16, 2010, to sell out. Nearly eight years later, the flirty knee-length frock has been reissued. Aptly named the Kate Tie Wrap Dress, Britain’s House of Fraser now sells the dress in a rainbow of colors and at a much more affordable $138 price point.

The ultra-flattering design was one of the first styles to ever benefit from the “Kate Effect,” and while the initial boost in sales was a game-changer for the small brand, designer Daniella Helayel subsequently said in interviews that it led to the demise of the already-teetering business.

Unable to meet the ever-growing demand and struggling with financial troubles, Helayel left the brand as creative director in May 2013, and it shuttered soon after. The label got a second chance, however, when it relaunched in 2015 with House of Fraser in the U.K. offering workwear-friendly dresses, skirts and jumpsuits, in addition to distinctly British designs like floral fascinators. 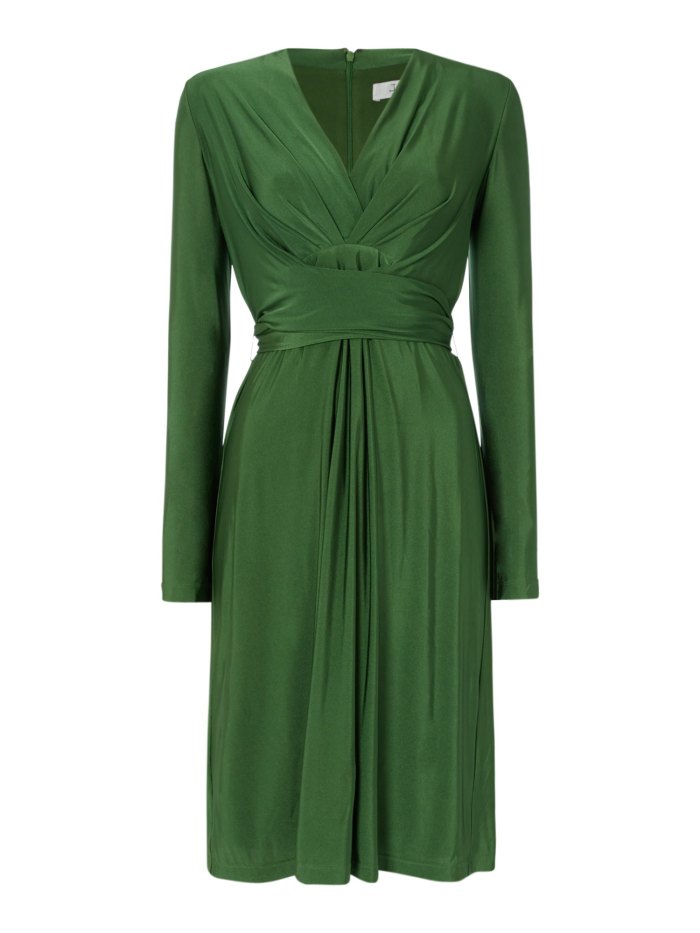 While the original dress, which included a modest v-beck, long sleeves and crisscross waist retailed for nearly $600, the new iteration — named after its most famous wearer — is a bit more budget friendly at around $140.

In addition to the sapphire blue color Kate wore to complement her ring, the style is now available in raspberry, black and Kelly green. According to reports, more colors — like yellow, orange and lime — will be available via House of Fraser at the end of March.

While the dress might not come with its own Prince Charming, we’ll still be ordering one in every color!