Olivia Culpo has the most supportive boyfriend! The 28-year-old model revealed that her beau, Carolina Panthers running back Christian McCaffrey, knew about her Sports Illustrated Swimsuit cover before she did — and he couldn’t be more proud.

When Us Weekly exclusively spoke with Culpo, she let Us in on the fact that McCaffrey was actually the one who broke the news to her about booking the SI Swim cover. “They told me that we had to do a Vogue interview and it was so important. It would only take five minutes,” she explains, saying that she convinced the footballer to do it with her. “I had no idea obviously, but he knew.”

So then the SI Swim team had the duo do the TikTok challenge where both parties answer certain questions by pointing. “They were like, who’s the better dancer and we had to point each other,” she says. “Who’s the better cook? Who’s on the cover of sports illustrated?” Naturally, when he pointed to her for the last one, “I just immediately went into tears.”

Seems like a hard secret for him to keep! But Culpo says that McCaffrey probably just didn’t understand how big of a deal it really was for her. 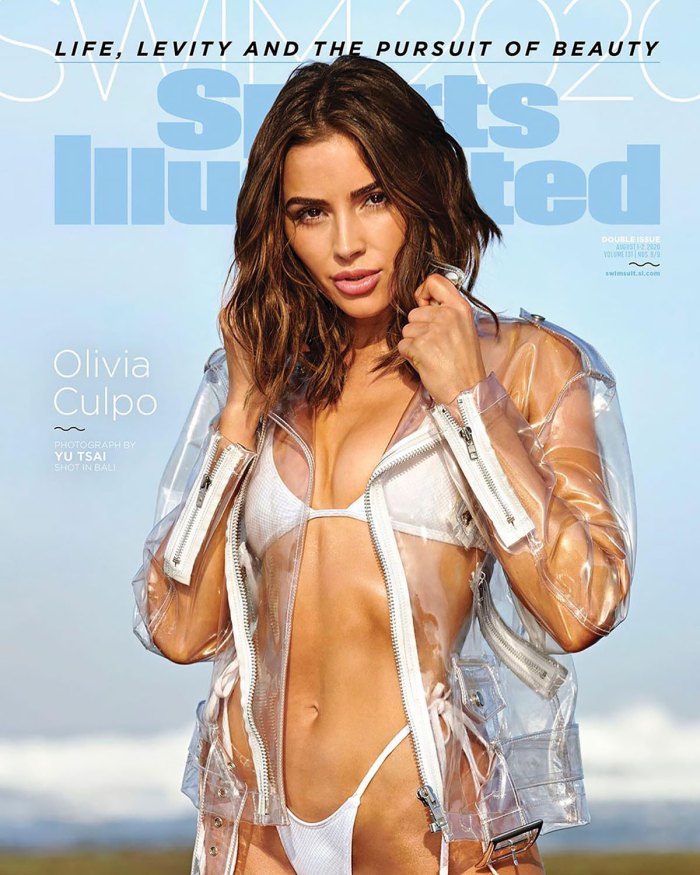 “I don’t really think he knows that this is something that I’ve always hoped and dreamed for and work toward and visualized and just really try to really want it to happen,” she says. “So he was just happy for me to see me reach a milestone that was important to me.”

She’s not kidding! Once the publication made the big announcement, he celebrated with a heart-warming Instagram post.

“When your gf is on the cover of @si_swimsuit, you do a victory lap on paddle board,” he wrote alongside a pic of the couple paddle boarding. Well, more like him paddle boarding and her looking fierce lounging on the board. He continued, “A constant inspiration to everyone who knows you.”