Introducing their newest prince! Prince William and Duchess Kate welcomed their third child on Monday, April 23, and the new issue of Us Weekly includes all of the exclusive details from inside the hospital.

Duchess Kate Steps Out With Baby No. 3: See the Photos

When Kate, 36, began feeling contractions in the early hours of Monday morning, she alerted her medical team and waited for her labor to progress far enough. When the time came, William, 35, hopped behind the wheel and drove his wife to the Lindo Wing at St. Mary’s Hospital at 5:20 a.m. local time, ensuring that Kate arrived with maximum secrecy.

“She was driven in via the back entrance of the Imperial College Medical School building,” a hospital insider tells Us. Once inside, a “relaxed” Kate “was escorted by protection officers through a secure tunnel to the entrance of the Lindo Wing,” the source adds. “It was all very hush-hush.”

Less than three hours later, the Duke and Duchess of Cambridge welcomed an 8 pound, 7 ounce baby boy. While the world cheered upon hearing the news, no one could compete with the enthusiasm of big brother Prince George, 4, and big sister Princess Charlotte, who turns 3 next week. After all, a royal source tells Us, “Will and Kate were making sure [the children] felt included in everything.”

After informing the rest of the royal family about tiny heir’s arrival, Kate’s next task was to prepare to leave her luxury suite just seven hours after giving birth — but not before she became camera-ready with the help of her longtime hairstylist Amanda Cook Tucker and clothing stylist Natasha Archer. 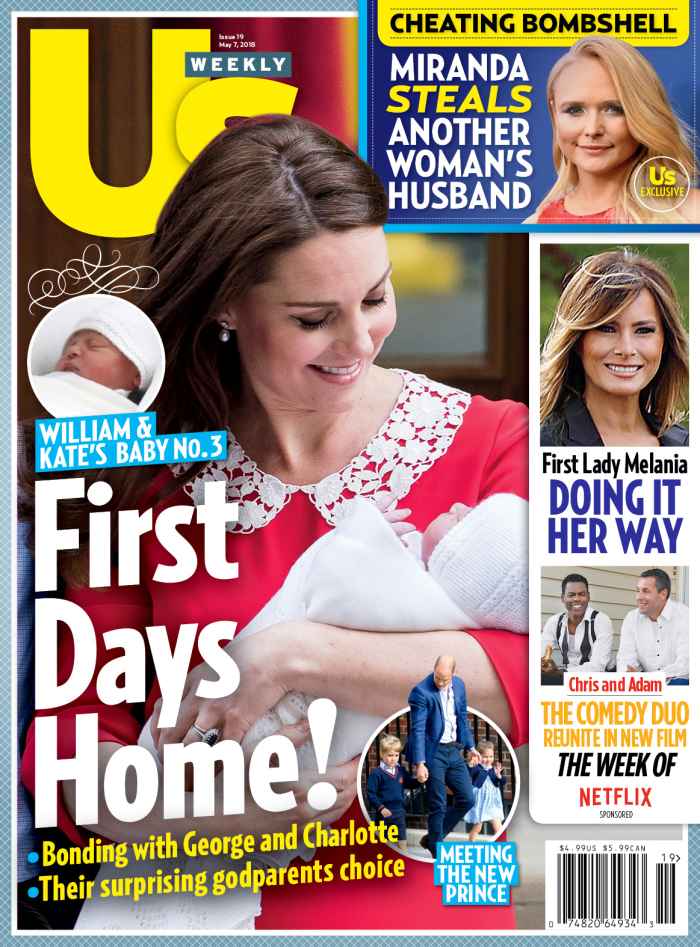 And while George and Charlotte spent 25 minutes with the newborn at the hospital in the afternoon, they were still beyond excited later that evening at their Kensington Palace home. “It’s unlikely they’ll be asleep [when Kate and William return home],” the source predicted. “They’ll be up all night excited about their new brother!”

For more details on the young prince’s birth — including how William and Kate plan to keep him down-to-earth — pick up the new issue of Us Weekly, on stands now!