Your Horoscope: What’s in Store for You This Week!
‘Good Morning America’ Anchor Amy Robach Has Worked Hard For Her Money: Find Out Her Net Worth
Rob Kardashian’s Weight Loss Photos Through the Years Will Have You Rooting for Him
END_OF_DOCUMENT_TOKEN_TO_BE_REPLACED

Reeling from her split from fiancé Josh Murray, the Bachelorette alum packed her bags and fled her Atlanta hometown for New York City in 2015. There, she discovered more than she ever expected: Independence.

The Bachelorette After the Final Rose: Broken Engagements, Weddings, Babies and More!

“It’s scary to think I only have me to rely on,” the It’s Not Okay scribe explains in the new issue of Us Weekly. “But there’s something liberating about that.”

In fact, she discovered she could do just about anything on her own, including, if it came down to it, parenthood. With help from fellow Bachelor alum and Chicago-based fertility nurse Whitney Bischoff, the single star made the difficult decision to freeze her eggs.

“I always thought, ‘I’m not that old yet,’” Dorfman, 30, says. “Then, I was going to weddings and I realized just how single I am. I can’t guarantee a husband, but by freezing my eggs, I can guarantee kids. It felt like a great way to take off the pressure. I mulled it over for a few months and then I was like, ‘I’m going to do this before I turn 30.’”

Still, she wasn’t ready to open up about the procedure. Until now. In her second tome, Single State of Mind, the New York Times bestselling author details her emotional pain – and her power.

“I didn’t feel comfortable while it was happening,” she recalls. “My way was writing about it. Some women feel great; I felt alone and had to come to grips with that. There are women who will feel the same way. It was necessary but not something to boast about.”

Here, Dorfman shares excerpts with Us. 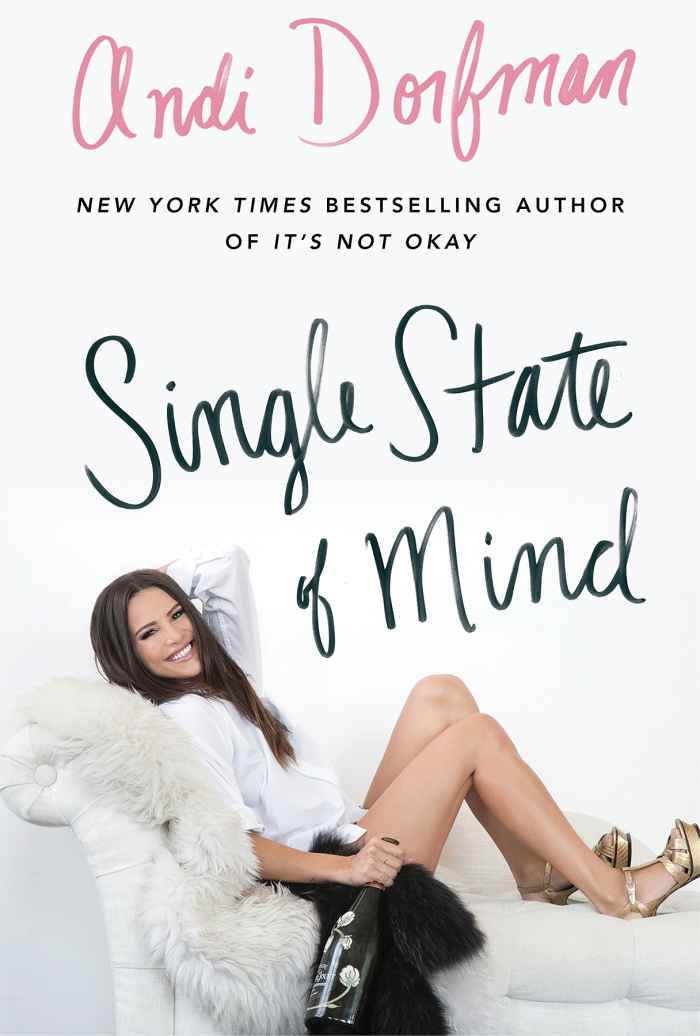 Each night, between the hours of seven and nine, Whitney calls to tell me what dosage of each medicine I’ll have to inject. I’ve managed to successfully inject myself each time, even though it takes me about forty-five minutes to push hard enough to get the tiny needle in. Everything was going great, until last night, when I had a total breakdown. I was standing naked in my kitchen, hunched over, trying to get the needle out of my stomach, when I started bawling. The needles aren’t painful, but the tears are. Why am I putting myself through all this?

It isn’t until two days later when I arrive in Chicago for the real thing that I start to actually grasp everything that is happening. The needles still suck, as does having to get blood work done each day, but now that Whitney is doing all of that for me, I just close my eyes and count to ten and it’s done. It’s also been interesting to see how the follicles in my ovaries are growing as a result of the hormones. The s–t seems to be working because I have a baby bump only without the baby inside.

On the other hand, mentally, I’ve been a total mind f–k. When I was a young girl, I dreamed of being married and having kids and the whole white-picket-fence s–t. I dreamed of it all. Except for freezing my eggs. So I’m not going to lie and say that doing what I’m doing feels like the proudest moment of my life. Instead, I’ll just keep it real and say I think I made the smartest decision. I’m pushing aside internal pressure, social norms, and, most of all, my ego. I still want all of those things I dreamed. I’m just not there yet.

I guess the empowerment sort of hit me yesterday, moments before I was about to go under for my retrieval. It hit me in a somewhat disheartening way. The room seemed so empty. I was so alone in that moment. I wish I had thought to have my mom come with me or a friend, maybe Kelly. But it was too late. I was going under, alone.

And that wasn’t even what saddened me the most. What saddened me was the realization that I am doing this alone now, and there is a possibility that I will be doing it alone in the future. Love is not guaranteed. That s–t doesn’t always work. But it also dawned on me that if I can do this part myself, then I can also do the rest of it. It wouldn’t be my choice to have a child alone, but I know that if I have to, I can. It’s taken me two years, two weeks of hormone injections, and a hospital gown to have one moment of total honesty with myself. As I was wheeled into the operating room, I was wheeled in alone. But alone and strong.

Copyright © 2018 by Andi Dorfman, to be published by Gallery Books, a Division of Simon & Schuster, Inc. Printed by permission.

For more on Dorfman – from dating in New York City to watching ex Josh Murray propose on Bachelor in Paradise – pick up the new issue of Us Weekly, on newsstands now! Single State of Mind hits shelves January 9.

Your Horoscope: What’s in Store for You This Week!
‘Good Morning America’ Anchor Amy Robach Has Worked Hard For Her Money: Find Out Her Net Worth
Rob Kardashian’s Weight Loss Photos Through the Years Will Have You Rooting for Him
END_OF_DOCUMENT_TOKEN_TO_BE_REPLACED