Brad Pitt has a new lady in his life! The actor, 55, is dating jewelry designer and holistic healer Sat Hari Khalsa, a source exclusively reveals in the new issue of Us Weekly.

Get to Know Hollywood’s Most Eligible Bachelors

According to the source, Khalsa, 50, “is earthy,” and much more low-maintenance than the women he’s been with in the past. “She’s very strong,” adds the insider, “and has a beautiful mind. That’s what he’s attracted to.”

The unexpected duo first sparked hookup rumors a year ago, when they were photographed at the Silverlake Conservatory of Music Gala, an annual benefit thrown by the Red Hot Chili Peppers. They spent the evening sitting side by side, laughing and talking intimately.

Their relationship, however, isn’t too heavy or serious just yet. “Brad’s not in that mind-set,” notes the source, but still, “Sat is very special to him and someone he enjoys spending time with.” 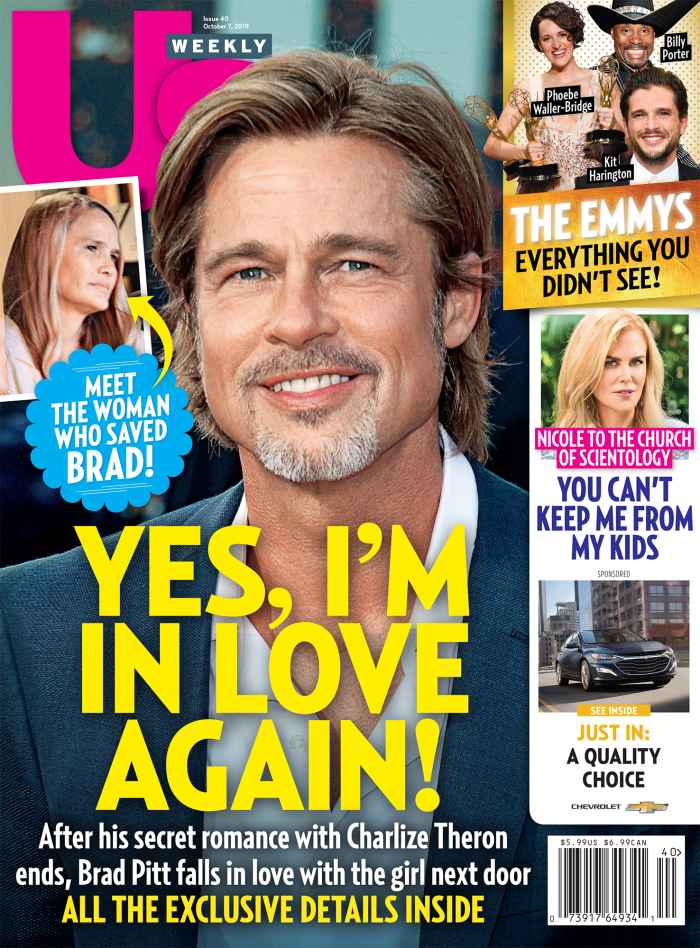 For more on Pitt’s new romance with Khalsa, watch the video above and pick up the new issue of Us Weekly, on newsstands now.