Sarah Michelle Gellar Admits Her and Freddie Prinze Jr.’s Parenting ‘Expectations Are a Little Higher Than Most’
Shoppers Say This Is the Softest Cardigan You’ll Ever Own
La Adelita Tequila: The Hottest New Drink in Aspen
END_OF_DOCUMENT_TOKEN_TO_BE_REPLACED

It’s been more than 20 years since Sex and the City premiered on HBO, but for Candace Bushnell, the writer behind the 1997 book the show is based on, it’s always time to celebrate SATC’s legacy.

‘Sex and the City’ Drama Through the Years: A Timeline

The novelist, 60, took to her Instagram on Wednesday, September 11, to share Us Weekly’s special Sex and the City 20th anniversary issue, which she was interviewed for in 2018. The post includes quotes from her interview, as well as rare photos of her with cast members such as Chris Noth, who played John James Preston a.k.a. Mr. Big on the Emmy-winning comedy.

The author — who based Sex and the City the book on her 1994 column for The New York Observer — also used the opportunity to promote her new novel, Is There Still Sex in the City?. The book, which came out in August and is not a sequel to Sex and the City, is about four New York Women dating in the 21st century.

Sex and the City’s Best Fashion Moments of All Time

“Calling all #sexandthecity fans! I’m so chuffed to be included in this special @usweekly 20th anniversary edition and had a great time talking to @riannsmithauthor about all things Sex and the City and my latest book #IsThereStillSexintheCity,” Bushnell wrote in her caption. “Check out my new #cosmo: #champagne or #prosecco with a splash of artesian orange liqueur. And yes, Mr. Big did introduce me to MNB😎 #writersofinstagram #bookstagram #books #strongwomen #inspiration.”

Sex and the City the TV show, which starred Sarah Jessica Parker, Kristin Davis, Cynthia Nixon and Kim Cattrall, ran on HBO from 1998 to 2004. The series produced two movies in 2008 and 2010. 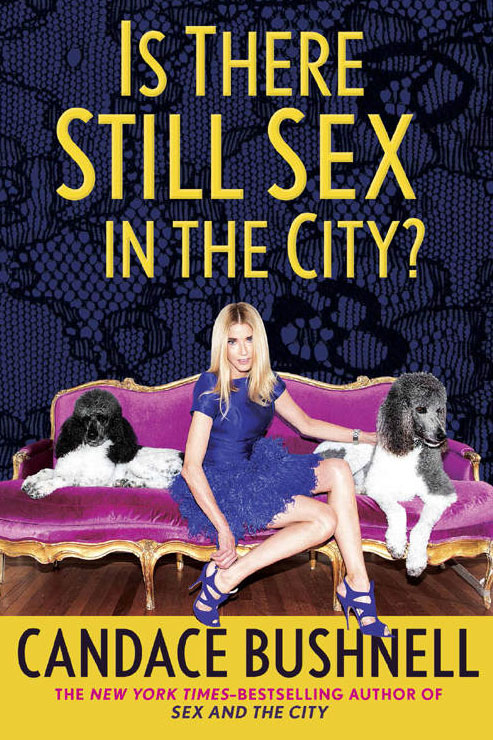 In 2010, Bushnell published a prequel to Sex and the City titled The Carrie Diaries, which follows a teenage Carrie Bradshaw in Connecticut. The book, which was followed by a 2011 sequel Summer and the City, was adapted into a TV series on The CW in 2013. The show ran for two seasons and ended in 2014. Bushnell’s 2005 novel Lipstick Jungle was also adapted into a TV series on NBC in 2008. The show, which starred Brooke Shields, was cancelled after two seasons in 2009.

Sarah Michelle Gellar Admits Her and Freddie Prinze Jr.’s Parenting ‘Expectations Are a Little Higher Than Most’
Shoppers Say This Is the Softest Cardigan You’ll Ever Own
La Adelita Tequila: The Hottest New Drink in Aspen
END_OF_DOCUMENT_TOKEN_TO_BE_REPLACED