Scoop up Amazon's Most In Demand Pull Up Sweater for 46% off!
Jennifer Aniston’s Facialist Compared This Mascara to Having Lash Extensions
Scoop Up the Foot Massager Kris Jenner Gifted to Her Daughters — $120 Off!
END_OF_DOCUMENT_TOKEN_TO_BE_REPLACED

Ready to tell his story. Corey Feldman revealed exclusively to Us Weekly that the title of his upcoming documentary is Truth: the Rape of 2 Coreys.

“I believe this title represents the truth I have been promising to tell and it also represents the Truth of what happened,” Feldman, 47, said in a statement to Us Weekly. “He (Corey Haim) was physically raped, I was physically assaulted and as a result of those actions, and the fact that I had to carry that burden all those years, really it was a raping of not only our emotional lives, but also our collective work and career as The Two Corey’s.” 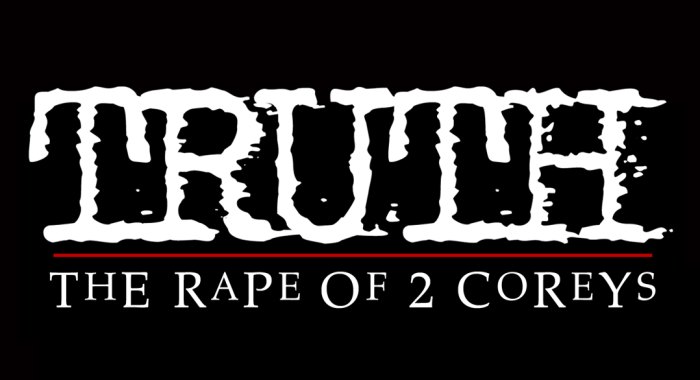 Feldman was a child actor who starred in a series of ‘80s movies including The Goonies, Stand By Me and The Lost Boys. The actor has alleged in the past that he and Haim, his former costar and best friend who died in 2010 at the age of 38 after struggling with drug addiction, were sexually abused throughout their careers by Hollywood pedophiles.

Celebs Fight Back on Social Media

After The New York Times published an exposé detailing decades of sexual harassment and assault allegations against Harvey Weinstein in October 2017, the former Two Coreys star urged others to speak out and launched an Indiegogo campaign titled “Corey Feldman’s Truth Campaign” to raise money for a film about his experiences in Hollywood. Around the same time, he fought back against reports that he was arrested for marijuana possession on his tour bus.

“4 THE RECORD, I WAS NOT ARRESTED OR PUT IN JAIL,” he tweeted on October 22, 2017. “I RECEIVED A MISDEMEANOR IN LOUISIANA, DUE 2 A MEMBER OF MY CREW HAVING MEDICAL MARIJUANA, WITH A LEGAL CA PRESCRIPTION, I HAD NOTHING ON ME, BUT WAS CHARGED BECAUSE ITS MY BUS.”

Feldman also called the timing of his legal trouble “ironic” at the time, implying that him speaking out about his abuse may have caused the incident.

If you or someone you know have been sexually assaulted, contact the National Sexual Assault Hotline at 1-800-656-HOPE (4673).

Scoop up Amazon's Most In Demand Pull Up Sweater for 46% off!
Jennifer Aniston’s Facialist Compared This Mascara to Having Lash Extensions
Scoop Up the Foot Massager Kris Jenner Gifted to Her Daughters — $120 Off!
END_OF_DOCUMENT_TOKEN_TO_BE_REPLACED