It’s true — Prince William and Duchess Kate have date nights just like Us! The couple might be thrust into the spotlight each time they step out for a royal engagement, but when it comes to alone time together, they keep things low-key.

“Kate loves nothing more than ordering Indian takeaway and eating it from a dinner tray on the couch while watching a bit of Netflix with William,” an insider tells Us Weekly in the new issue.

As for what they watch, the source says Kate, 37, and William, 36, “used to catch up on Game of Thrones together every couple of weeks, and most recently they binged Bodyguard.”

William and Kate’s Sweetest Moments With Their Kids

William and Kate wed in April 2011 and share three kids: Prince George, 5, Princess Charlotte, 4, and Prince Louis, 13 months. Despite hitting a rough patch in their marriage when reports surfaced earlier this year that the future king had had an affair with Rose Hanbury, the Marchioness of Cholmondeley, an insider tells Us the duo are moving past the gossip.

“Kate finds the rumors hurtful, obviously, and hates the thought that one day her children will be able to read about them online,” a source close to the Middleton family tells Us. “It forced her and William to sit back and examine their relationship, which they realized they should have been doing more often.”

A second source noted that the chatter “didn’t go down well with Kate” but the twosome are “determined to pull through it and are doing a great job at getting their marriage back on track again.”

The insider added: “It’s not unusual to have a few hiccups in a marriage, especially after eight years, and Kate and William are no different. They’re still going strong. Regardless of their ups and downs, they love each other dearly and their kids are the most important thing in their lives.” 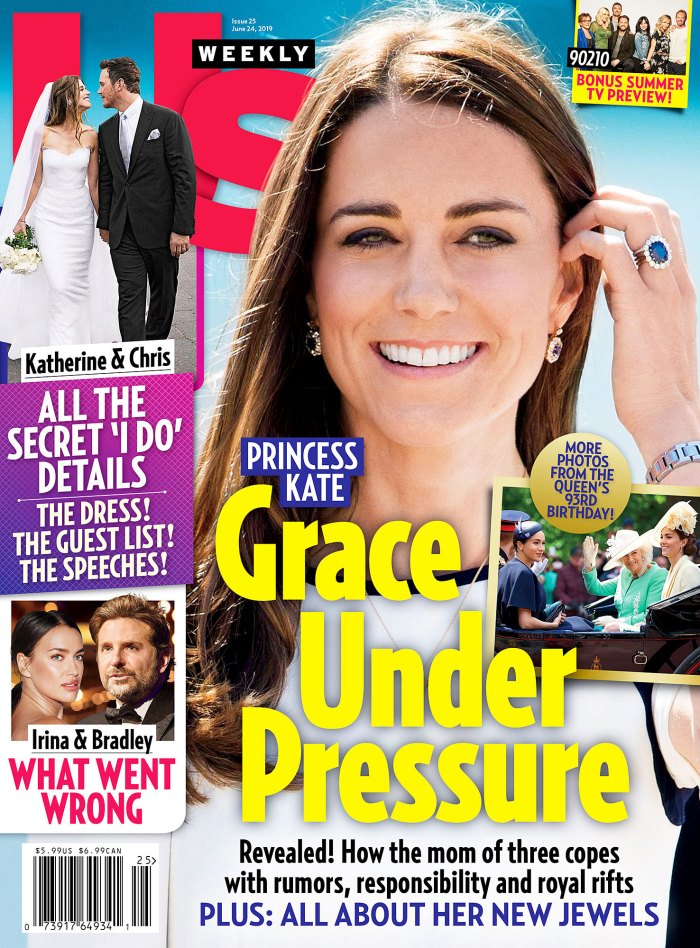 For more details on Kate and William’s relationship, watch the video above and pick up the new issue of Us Weekly, on newsstands now.