Your Horoscope: What’s in Store for You This Week!
William and Kate Were 'Flummoxed' Over Harry and Meghan's Netflix Trailer
People's Choice Awards 2022: Complete List of Winners and Nominees
END_OF_DOCUMENT_TOKEN_TO_BE_REPLACED

This is what the truth feels like. Gwen Stefani opened up about her headline-making August 2015 split from ex-husband Gavin Rossdale in a candid cover story interview for the August 2016 issue of Harper’s Bazaar.

PHOTOS: Gwen Stefani and Gavin Rossdale — The Way They Were

“It was the beginning of hell,” the “Used to Love You” singer, 46, told the magazine of her failed marriage. “Like six, seven, eight months of torture, trying to figure out this big secret.”

As Us Weekly exclusively reported in November 2015, Stefani decided to pull the plug on her 13-year union with Rossdale, 50, after she uncovered the Bush rocker’s long-term affair with their former nanny Mindy Mann, who cared for the couple’s three sons, Kingston, 10, Zuma, 7, and Apollo, 2. 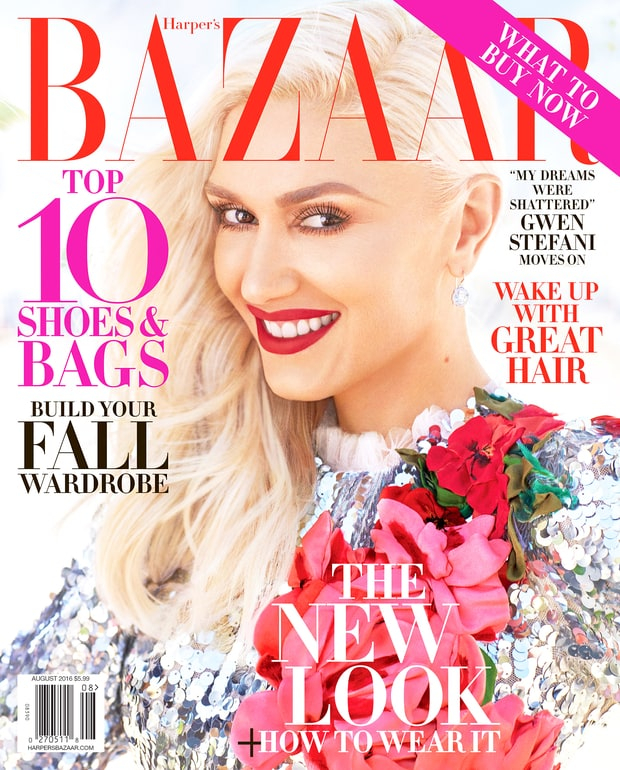 After spending more than a decade together as husband and wife, Stefani said that her “dreams were shattered” when she filed for divorce. “All I wanted my whole life was to have babies, be married,” the Orange County native added, “like what my parents have.”

The hardest part of calling it quits with Rossdale? Having to share 50/50 custody of her boys. “It was so insane because not only did my family break up, but then my kids are taken away like half the time,” she recounted. “So that was really like, ‘What?! What did I do?'”

Although breaking up with Rossdale was painful, the No Doubt frontwoman says that the experience has ultimately made her a stronger person — and has inspired some of her best work yet.

“Of course you go through the ‘Why me?’ and feel sorry for yourself,” she explained “But then I was like, ‘No, this happened to me already and I made something good out of it,’ and that was Tragic Kingdom.”

A handful of the songs featured on No Doubt’s 1995 album were written about Stefani’s split from her bandmate Tony Kanal. Now she has channeled the same creative energy into her 2016 album, This Is What the Truth Feels Like — her first LP to hit No. 1 as a solo artist.

While heartbreak was a major theme on her latest record, Stefani’s romance with her fellow Voice coach Blake Shelton also influenced her music. Back in March, the platinum-haired beauty spoke with Refinery29 about how her country crooner beau (who divorced second wife Miranda Lambert last July) helped shape her new sound.

“I didn’t have any kind of musical direction for this album. Every song was written around emotions,” Stefani, who went public with Shelton, 40, in November 2015, told the site. “Of course [our relationship] was an influence. Musically, no. Every song was written purely out of whatever my heart was going through at that moment.”

Your Horoscope: What’s in Store for You This Week!
William and Kate Were 'Flummoxed' Over Harry and Meghan's Netflix Trailer
People's Choice Awards 2022: Complete List of Winners and Nominees
END_OF_DOCUMENT_TOKEN_TO_BE_REPLACED