Art helped Brad Pitt get his groove back. In the wake of his 2016 split from Angelina Jolie, the eligible bachelor turned to sculpting to help heal — and it quickly became a huge passion.

“It’s very therapeutic for him; it’s his go-to outlet,” a source says exclusively in the new issue of Us Weekly, adding that the actor, 55, spends much of his downtime in the studio. “He can get caught up in it and carried away to the point where he doesn’t want to stop.”

When Pitt does take a break, he “hangs out with his guy friends,” according to the source. He has made “some new pals too,” the source tells Us, in addition to getting even tighter with longtime pal and British sculptor Thomas Houseago, with whom Pitt recently visited Venice, Italy.

“Brad loves to travel with friends and loves seeing the world,” the source tells Us.

Jolie, 44, filed for divorce from the Fight Club star in September 2016 after two years of marriage and a total of 12 years together. After a lengthy and bitter court battle, they agreed on a custody arrangement in November 2018 over their six children: Maddox, 17, Pax, 15, Zahara, 14, Shiloh, 13, and twins Knox and Vivienne, 10. The former power couple known as Brangelina became legally single in April, but they have yet to officially finalize their divorce. 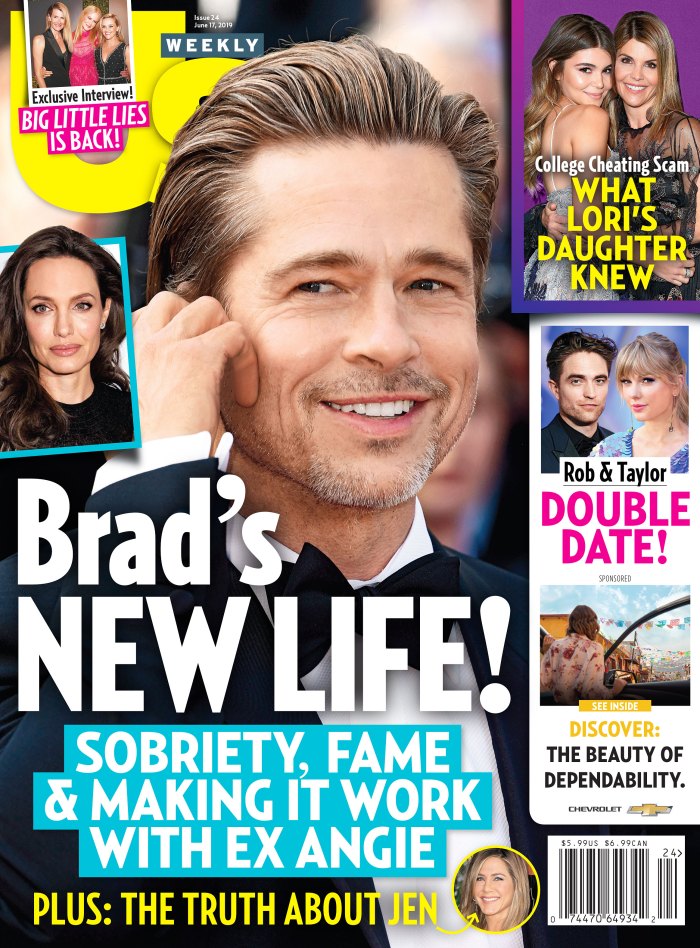 “He’s grateful that all the animosity is in the past,” the source tells Us of the Oscar winner. “He’s most excited about being a dad and sharing his life with his children.”

For more details on Pitt’s new life, watch the video above and pick up the new issue of Us Weekly, on newsstands now!