Queen Elizabeth II and Duchess Kate’s first-ever solo outing together at King’s College London in mid-March was designed to prepare the Duchess of Cambridge for her next big role: Queen Kate.

“Kate’s been taking on new responsibilities little by little over the last few years, so it won’t be a shock when the time comes,” royal expert Rebecca Long notes exclusively in the new issue of Us Weekly. “William and Kate are the favorite royals to take the crown in many generations, so the people of the U.K. are very excited about it.”

Kate, 37, is as well — and the queen, 92, has made sure to put a personal touch on the future monarch’s training.

“She’s really taken Kate under her wing,” a source tells Us. “The two of them will often spend hours discussing royal life and the future of the monarchy.”

Though Prince William’s father, Prince Charles, is set to take over as king once Elizabeth retires, the Duke of Cambridge, 36, will be crowned upon Charles’ retirement. At that point, Kate’s title will also change.

“It’s taken a long time for Kate to get to where she is today,” adds a second insider, “but she’s ready.” 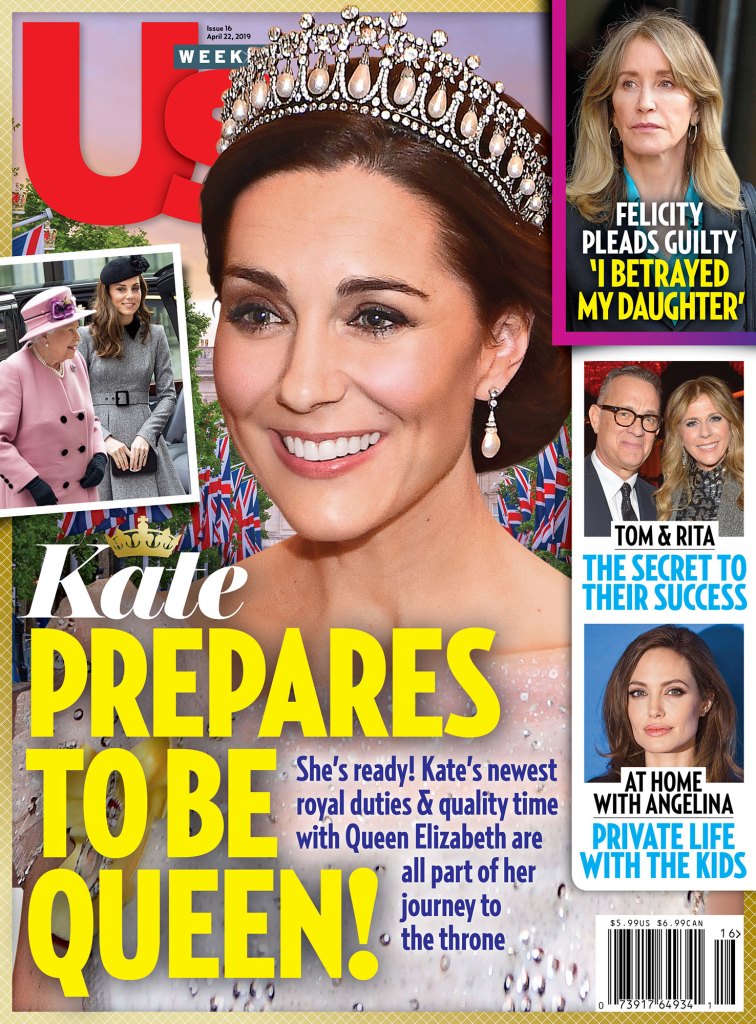 For more details on how Kate is preparing to become queen, watch the video above and pick up the new issue of Us Weekly, on newsstands now!