It seems Jennifer Lawrence has found The One! The Hunger Games star, 28, and her fiancé, Cooke Maroney, “definitely appear to be in it for the long haul,” a source close to Lawrence says exclusively in the new issue of Us Weekly.

The couple, who were introduced by the actress’ longtime friend Laura Simpson, started dating in the spring of 2018. Within months, they were vacationing together in Paris and Rome. And in February, the art gallery director, 34, proposed to Lawrence with a stunning diamond ring. 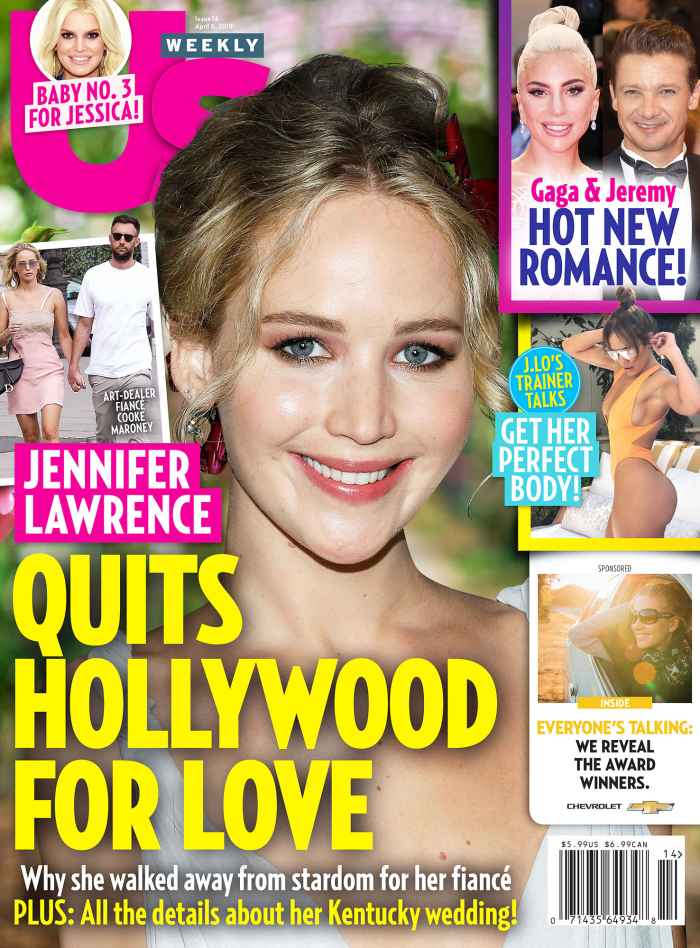 For more details on Lawrence and Maroney’s romance and her career, pick up the new issue of Us Weekly, on newsstands now!