‘The Bachelorette’ Season 16: Everything We Know
These Denim Joggers Are Our Secret to Cool, Casual Comfort
These Stunning Ruched One-Piece Swimsuits Show Just the Right Amount of Skin
END_OF_DOCUMENT_TOKEN_TO_BE_REPLACED

Gwen Stefani is finally ready to take the next step with Blake Shelton.

For the past year, the songstress has been desperately trying to have her marriage to ex-husband Gavin Rossdale annulled so she can marry the country singer in a Catholic church. But because the lengthy process is delaying their plans, sources exclusively reveal in the new issue of Us Weekly that the devout Catholic has decided she’ll marry Shelton — with or without the pope’s blessing.

“She very much wants the marriage to be recognized by the church,” says a source, but she also understands that Shelton’s been restless.

Unfortunately, the process has caused “tense moments” between them, adds a second insider.

As Us previously reported in March 2019, the couple of four years “began the formal process” because “Gwen’s religion has always been extremely important to her.” 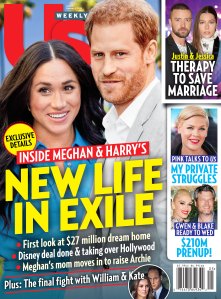 Now Stefani, 50, and Shelton, 43, are getting serious about the future. The second insider says the pair are looking to have a church ceremony in Beverly Hills and a big party at Shelton’s Oklahoma ranch.

Babies are also on the brain. The mom of Kingston, 13, Zuma, 11, and Apollo, 5 (whom she shares with 54-year-old Rossdale), would love another child, says another source, but “if it doesn’t happen, Blake’s content with her three kids.”

For more on Stefani and Shelton’s future wedding plans, watch the video above and pick up the new issue of Us Weekly, on newsstands now.

‘The Bachelorette’ Season 16: Everything We Know
These Denim Joggers Are Our Secret to Cool, Casual Comfort
These Stunning Ruched One-Piece Swimsuits Show Just the Right Amount of Skin
END_OF_DOCUMENT_TOKEN_TO_BE_REPLACED