Big Brother's Alyssa Snider and Kyle Capener Split
Jennifer Garner Has 'No Desire' to ‘Slow Things Down’ With Love John Miller
‘Seinfeld’ Cast: Where Are They Now?
END_OF_DOCUMENT_TOKEN_TO_BE_REPLACED

Prince George is ready to party! To mark the young royal’s sixth birthday on July 22, his mom and dad, Prince William and Duchess Kate, are pulling out all the stops and throwing him a blowout bash, an insider exclusively reveals in the new issue of Us Weekly.

“The Duke and Duchess of Cambridge have gone all out to organize a birthday party for George,” says the insider. Kate “has done most of the organizing herself,” says the source, but William has pitched in too. The festivities will be set at Kensington Palace, with all of George’s closest schoolmates in attendance, along with his younger siblings, Princess Charlotte, 4, and Prince Louis, 13 months.

There, the agenda is set to be chock-full of entertainment for George and his guests. In addition to a bouncy castle fit for a royal, Kate and William have hired a magician. “George loves magic,” says the insider, adding that it was William’s idea to have a magic show for the kids.

The parents, both 37, have also enlisted caterers to provide all of the birthday boy’s favorite foods. “Kate’s asked them to make pizza, pasta and sliders,” says the insider, noting dessert will include cupcakes, candy and ice cream. 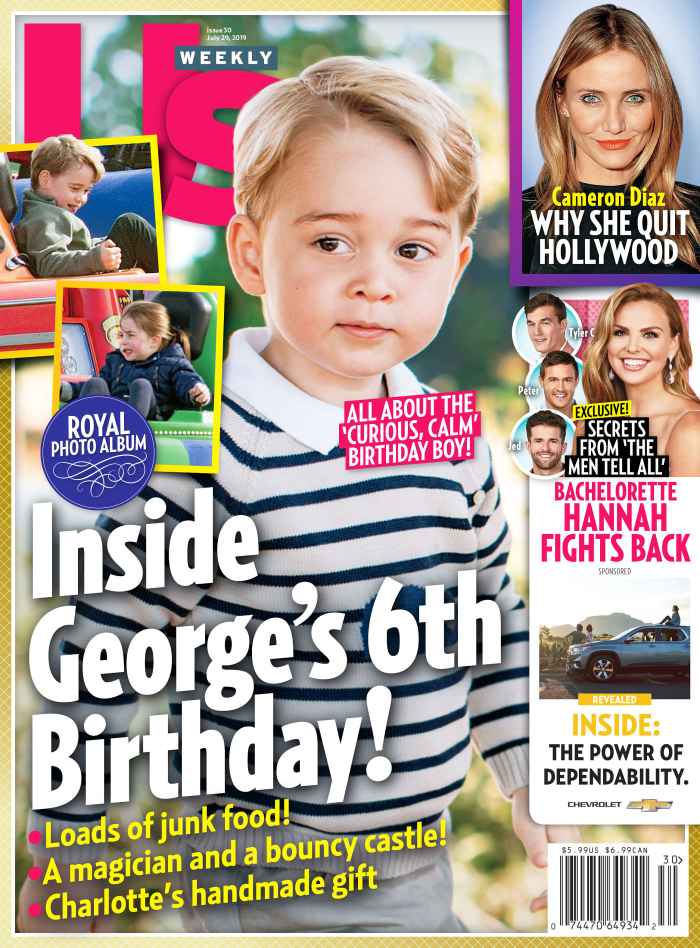 For more on Prince George’s special day, watch the video above and pick up the new issue of Us Weekly, on stands now!

Big Brother's Alyssa Snider and Kyle Capener Split
Jennifer Garner Has 'No Desire' to ‘Slow Things Down’ With Love John Miller
‘Seinfeld’ Cast: Where Are They Now?
END_OF_DOCUMENT_TOKEN_TO_BE_REPLACED