No question about it: Kelly Osbourne is absolutely gaga over her boyfriend-turned-fiance Matthew Mosshart. The E! Fashion Police cohost, 28, and Mosshart, 29, quietly got engaged just a few weeks before Christmas, sources close to the couple confirm exclusively in the new issue of Us Weekly. Dating for over a year, the pair is “really excited” about taking the next step in their relationship, one source tells Us.

“Kelly is the happiest she’s ever been,” an Osbourne pal said. “Her career is going well, and she’s in a healthy relationship with a wonderful guy.”

Osbourne and Mosshart first met about a year and a half ago, at her friend Kate Moss‘ wedding in July 2011. They first stepped out in public in December 2011, smooching on the streets of New York.

“I’m in love and I don’t care who knows about it!” she tweeted last June. 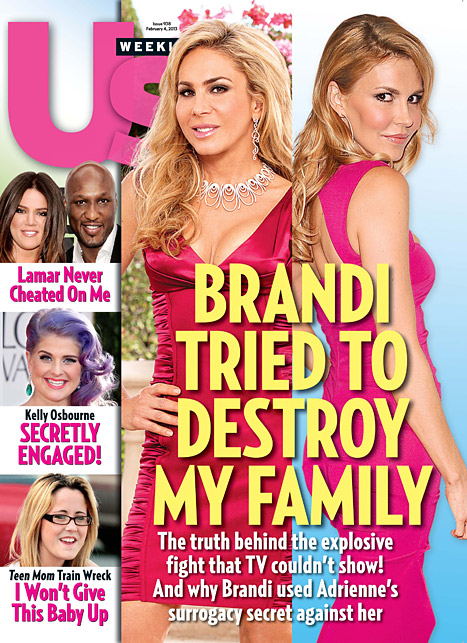 “I couldn’t believe that he truly liked me because I never think people ever could,” she told U.K. magazine Fabulous of her beau in an interview last October. “But I’m so happy. I don’t think I’ve ever really known what love is like before.”

And Osbourne isn’t the only one who’s fallen head-over-heels in love with the vegan baker. The bubbly Brit’s famous family (parents Sharon and Ozzy and siblings Jack and Aimee) has given Mosshart their stamp of approval as well.

“Matthew is a stand-up guy,” a source close to the Osbourne clan tells Us. The couple is even already starting to plan their nuptials, set to take place this summer in the UK.

“They’re so excited!” an insider tells Us. Read all about the details of Kelly’s engagement and upcoming wedding in the new issue of Us Weekly, out on stands this Friday.