Sarah Michelle Gellar Admits Her and Freddie Prinze Jr.’s Parenting ‘Expectations Are a Little Higher Than Most’
Shoppers Say This Is the Softest Cardigan You’ll Ever Own
77.9% of Users Sustained Weight Loss Over 9 Months Using This Program
END_OF_DOCUMENT_TOKEN_TO_BE_REPLACED

Kendall Jenner had only good intentions. The supermodel “feels horrible” amid the controversy surrounding her protest-themed Pepsi commercial, a source tells Us Weekly.

In the ad, the 21-year-old reality star leaves a photo shoot and rips off her blond wig to join a rally in the streets. She offers a riot officer a can of Pepsi, which stops the entire demonstration and causes the crowd to start cheering. The commercial enraged the internet and was criticized for making light of social movements such as Black Lives Matter to sell sodas. 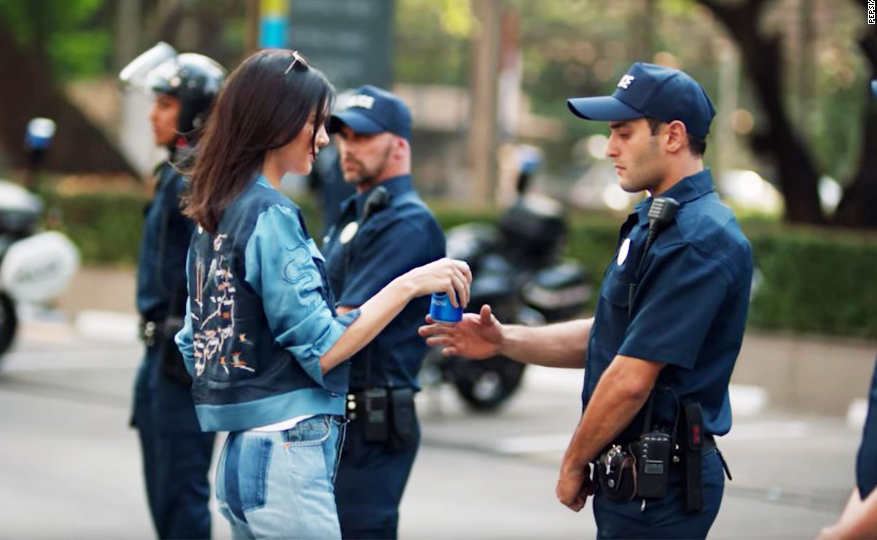 However, a production insider tells Us that the commercial concept was already finalized before the Keeping Up With the Kardashians star joined forces with Pepsi. “Kendall had zero involvement in the creative process,” the insider tells Us. “The spot was finalized prior to signing her as a spokesperson.”

Pepsi removed the video and apologized to customers — and Jenner — in a statement. “Pepsi was trying to project a global message of unity, peace and understanding. Clearly, we missed the mark, and we apologize. We did not intend to make light of any serious issue,” the statement read. “We are pulling the content and halting any further rollout. We also apologize for putting Kendall Jenner in this position.”

Jenner has yet to comment on the incident, but she has since deleted all her social media posts related to the campaign. Prior to the rollout and the subsequent backlash, she said that she had fun filming for the brand. “I had never been to Bangkok before, so it was interesting to be in that city. There were a lot of really cool people on set that I got to meet. It was fun, it was entertaining. The whole concept is really something that I’m about, so it was just fun to be a part of,” she told Women’s Wear Daily of the campaign’s “live in the moment” vibe.

Sarah Michelle Gellar Admits Her and Freddie Prinze Jr.’s Parenting ‘Expectations Are a Little Higher Than Most’
Shoppers Say This Is the Softest Cardigan You’ll Ever Own
77.9% of Users Sustained Weight Loss Over 9 Months Using This Program
END_OF_DOCUMENT_TOKEN_TO_BE_REPLACED