Sarah Michelle Gellar Admits Her and Freddie Prinze Jr.’s Parenting ‘Expectations Are a Little Higher Than Most’
Shoppers Say This Is the Softest Cardigan You’ll Ever Own
77.9% of Users Sustained Weight Loss Over 9 Months Using This Program
END_OF_DOCUMENT_TOKEN_TO_BE_REPLACED

As everyone knows by now, the beverage company released a protest-themed ad, in which the 21-year-old supermodel ends the rally by handing a police officer a can of Pepsi, and suddenly, everyone starts celebrating and dancing in the streets. After facing major backlash for trivializing social issue protests, the company scrapped the spot and apologized to customers and Jenner. 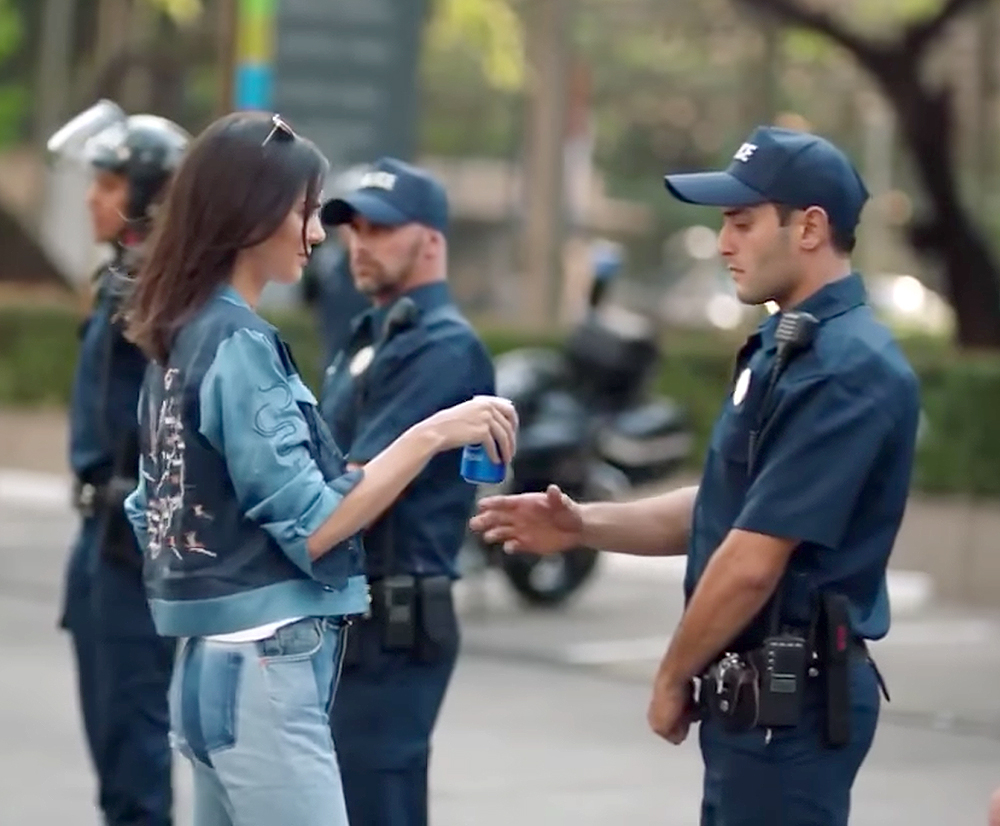 During The Late Show, Stephen Colbert joked that there’s one thing we can all agree on: The ad was terrible. “We have a deeply divided nation, but today it seems like everyone has come to join the protest against the new protest ad from Pepsi,” he said. “So far we don’t know what has caused all of America’s hot extras to take the streets. But I’m guessing it’s a protest for Attractive Lives Matter.”

He went on to mock the way the reality star joined the demonstration in the ad. “At first, this was a movement without a leader, until the protest route just happened to pass by Kendall Jenner doing a fashion shoot for, apparently, aluminum siding,” he said. “Then she makes eye contact with a cute boy who brought his cello to a protest. This prompts her to rip off her blond wig, give it to her assistant and join the conversation.”

Meanwhile, Jimmy Kimmel tried to imagine how the ad was approved to hit the airwaves. “The fact that this somehow made it through — I can’t imagine how many meetings, and edits, and pitches, and then got the thumbs-up from who knows how many people — is absolutely mind-boggling,” he said on Jimmy Kimmel Live!

Trevor Noah used the opportunity to poke fun at Jenner’s sister Kim Kardashian’s infamous sex tape. “This is so sad. Once again we see a Kardashian in a video being put in an awkward position,” he said on The Daily Show.

He added that all brands need to be “more woke” and suggested some hilariously bad advertising ideas for other companies. “Think of all the iconic moments there are for brands to celebrate. Black power with a white smile,” he proposed for a toothpaste brand. “Why move to the back of the bus when you can Uber? Going to an all-white school is hard, but Lunchables are easy. When your country is divided between black and white, bring them together with Oreos.”

Supermodels: Then and Now

Finally, Seth Meyers debuted a fake alternative ending on Late Night With Seth Meyers. The video showed a black woman giving a Pepsi to an officer. Initially, they laugh and smile at each other — until the officer radios and says, “We’re going to need backup.” The woman then holds up her hands and looks terrified.

Sarah Michelle Gellar Admits Her and Freddie Prinze Jr.’s Parenting ‘Expectations Are a Little Higher Than Most’
Shoppers Say This Is the Softest Cardigan You’ll Ever Own
77.9% of Users Sustained Weight Loss Over 9 Months Using This Program
END_OF_DOCUMENT_TOKEN_TO_BE_REPLACED