Oh, Baby! Meghan Trainor Is Pregnant, Expecting 2nd Child With Daryl Sabara
21 Zara-Style Winter Fashion Finds — All Under $40
Pedro Pascal Through the Years: From 'Game of Thrones' to 'The Last of Us'
END_OF_DOCUMENT_TOKEN_TO_BE_REPLACED

Living with regret. Lori Loughlin is finally grasping the seriousness of her situation, and is angry with husband Mossimo Giannulli after he recommended they reject the plea deal prosecutors offered in April, a source exclusively reveals to Us Weekly.

“Lori regrets not doing what Felicity [Huffman] did,” says the insider. Another source adds, “Lori was inclined to take the deal, but Mossimo said it would ruin both of their careers.”

According to the insider, Giannulli, 56, feels he and Loughlin, 55, have been unfairly targeted by the federal government because of their wealth — together, they’re reportedly worth an estimated $100 million. And another source says he’s convinced “they’ve done nothing wrong.”

The famous family has been facing public scrutiny since the couple’s arrest in March for allegedly paying $500,000 in bribes to get their daughters, Bella, 20, and Olivia Jade, 19, into the University of Southern California. They are facing up to 40 years in prison for their alleged actions. Huffman, meanwhile, announced her decision to plead guilty on April 8 in her first public statement about the scandal. “I am in full acceptance of my guilt, and with deep regret and shame over what I have done, I accept full responsibility for my actions and will accept the consequences that stem from those actions,” she said in the statement. 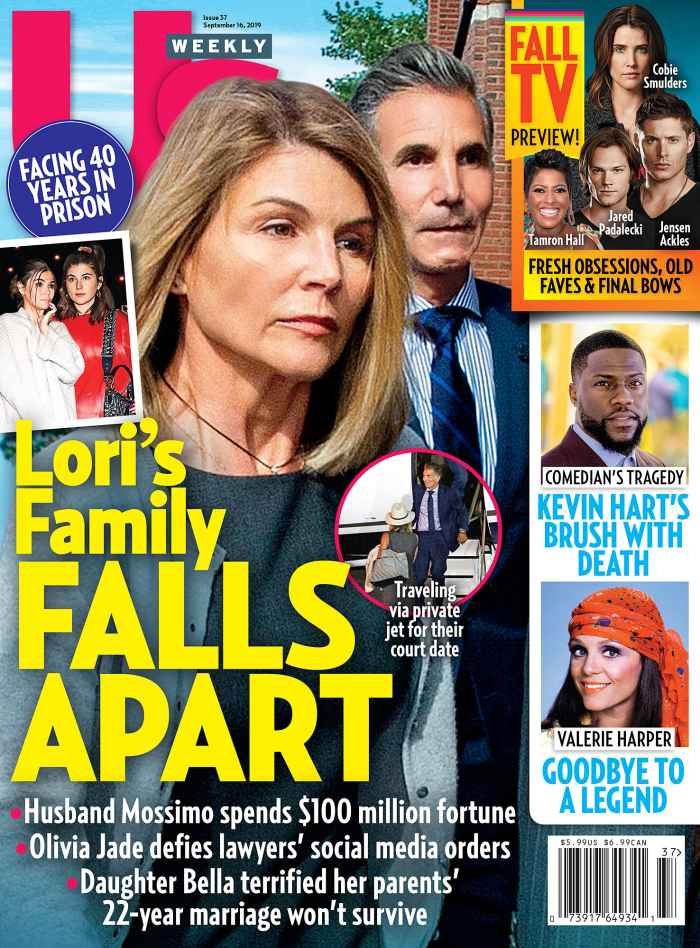 For more on the college admissions scandal, watch the video above and pick up the latest issue of Us Weekly, on newsstands now.

Oh, Baby! Meghan Trainor Is Pregnant, Expecting 2nd Child With Daryl Sabara
21 Zara-Style Winter Fashion Finds — All Under $40
Pedro Pascal Through the Years: From 'Game of Thrones' to 'The Last of Us'
END_OF_DOCUMENT_TOKEN_TO_BE_REPLACED