Not a match. Meg Ryan and John Mellencamp have split after eight years together, Us Weekly exclusively confirms in the new issue.

“She’d had enough and ended [their engagement],” a source reveals. “She has no regrets.”

Rumors began swirling about the on-off couple’s separation when Ryan, 57, was spotted out in Los Angeles without her engagement ring.

The actress announced her engagement to the singer, 68, in November 2018. “ENGAGED!” she captioned an illustration of the pair on Instagram at the time.

Ryan and Mellencamp were first linked in 2011. They broke up in 2014 before reconciling later that year, only to call it quits again in 2015 and reunite once more in 2017.

The When Harry Met Sally star was previously married to Dennis Quaid from 1991 to 2001. She shares son Jack Quaid with the Rookie star, 65, and is also the mother of daughter Daisy.

The Grammy winner, meanwhile, has been married three times: to Priscilla Esterline from 1970 to 1981, Victoria Granucci from 1981 to 1989 and Elaine Irwin from 1992 to 2011. He has five children, including daughter Teddi Mellencamp from The Real Housewives of Beverly Hills.

For more details on Ryan and Mellencamp’s split, watch the video above and pick up the new issue of Us Weekly, on newsstands now.

With reporting by Andrea Simpson 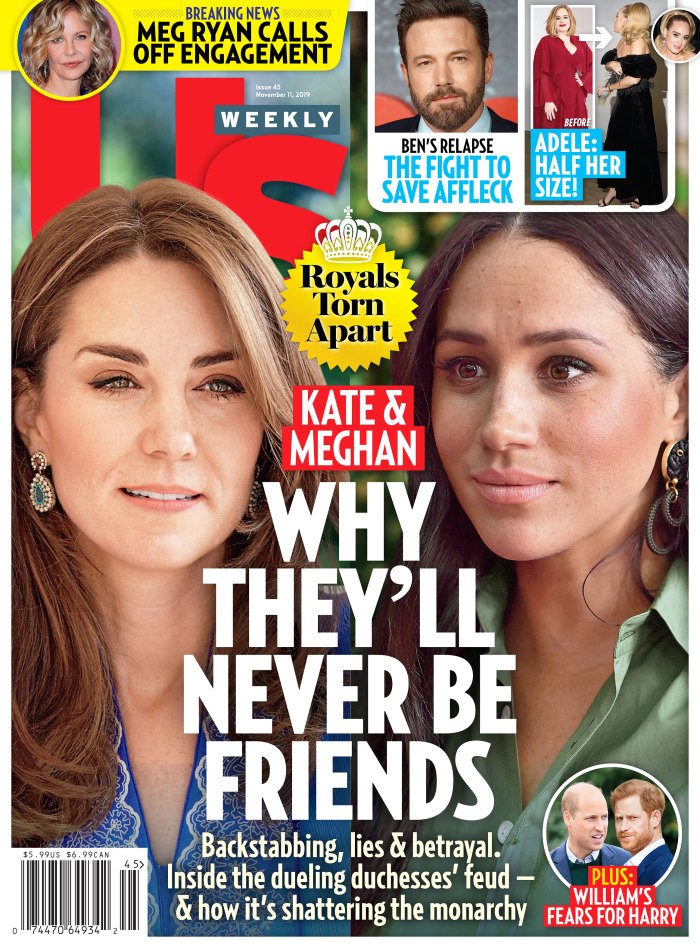