Comeback queen! Fans who’ve been missing Megyn Kelly can rejoice: Sources reveal in the new issue of Us Weekly that she’s in the midst of launching a production company and is exploring the start of her own subscription-based network.

“It will allow Megyn to be the boss,” an insider says. “No more answering to men in suits. She’ll now be in charge of her own destiny. She can wear what she wants, cover topics she wants and say what she wants. This is a new business model. She’s a pioneer.”

Until then, Kelly, 48, is soaking up every moment she can with her family — her husband, the New York Times best-selling author, Douglas Brunt, and kids Edward, 10, Yardley, 8, and Thatcher, 6. “She misses the work, not the spotlight,” the source says. “She keeps her private life private and has a very small circle of close friends.”

The journalist was let go from from NBC in October 2018 after she made controversial blackface comments on Megyn Kelly Today. “You truly do get in trouble if you are a white person who puts on blackface at Halloween or a black person who puts on whiteface,” she said at the time. “That was OK when I was a kid, as long as you were dressing like a character.” Her talk show was subsequently canceled. 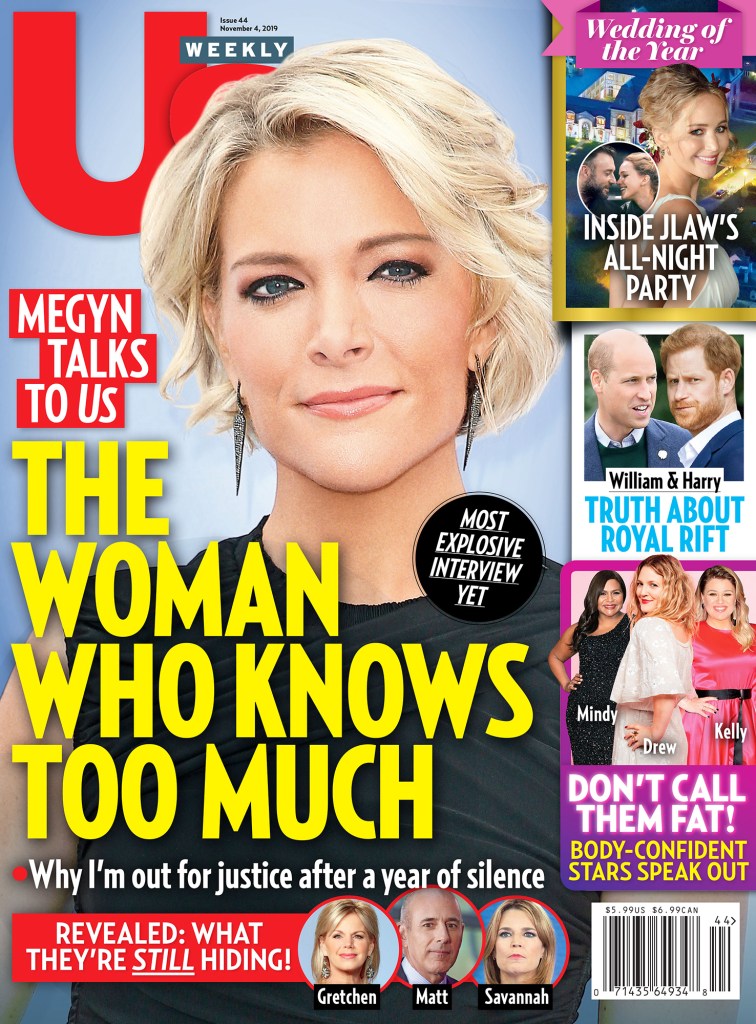 For more on Kelly’s next move, watch the video above, and pick up the new issue of Us Weekly, on newsstands now!