Swoon! Orlando Bloom was the proudest boyfriend in the room at the Wells Fargo Center in Philadelphia on Thursday, July 28. The Pirates of the Caribbean actor was spotted in the audience filming his girlfriend Katy Perry’s speech and performance at the Democratic National Convention.

“Okay, Orlando Bloom is a really cute boyfriend,” one Twitter user perfectly summed up after the actor was spotted on live TV filming Perry, 31, with his phone, while another added: “Orlando Bloom is such an adorable boyfriend. He filmed Katy Perry the whole time she performed. Relationship goals.”

The “Dark Horse” singer took to the stage to endorse Hillary Clinton prior to performing her new track “Rise” and hit “Roar.” She sparkled in a Michael Kors Collection striped dress and a vintage Bulgari necklace. The bauble, from the Star Spangled Banner collection in the early 1970s, is made of 18K gold, diamonds and red and blue enamel.

“Both of my parents are pastors and staunch Republicans,” the singer told the audience. “I did not finish high school and unfortunately, I don’t have a formal education, but I do have an open mind, and I have a voice.” 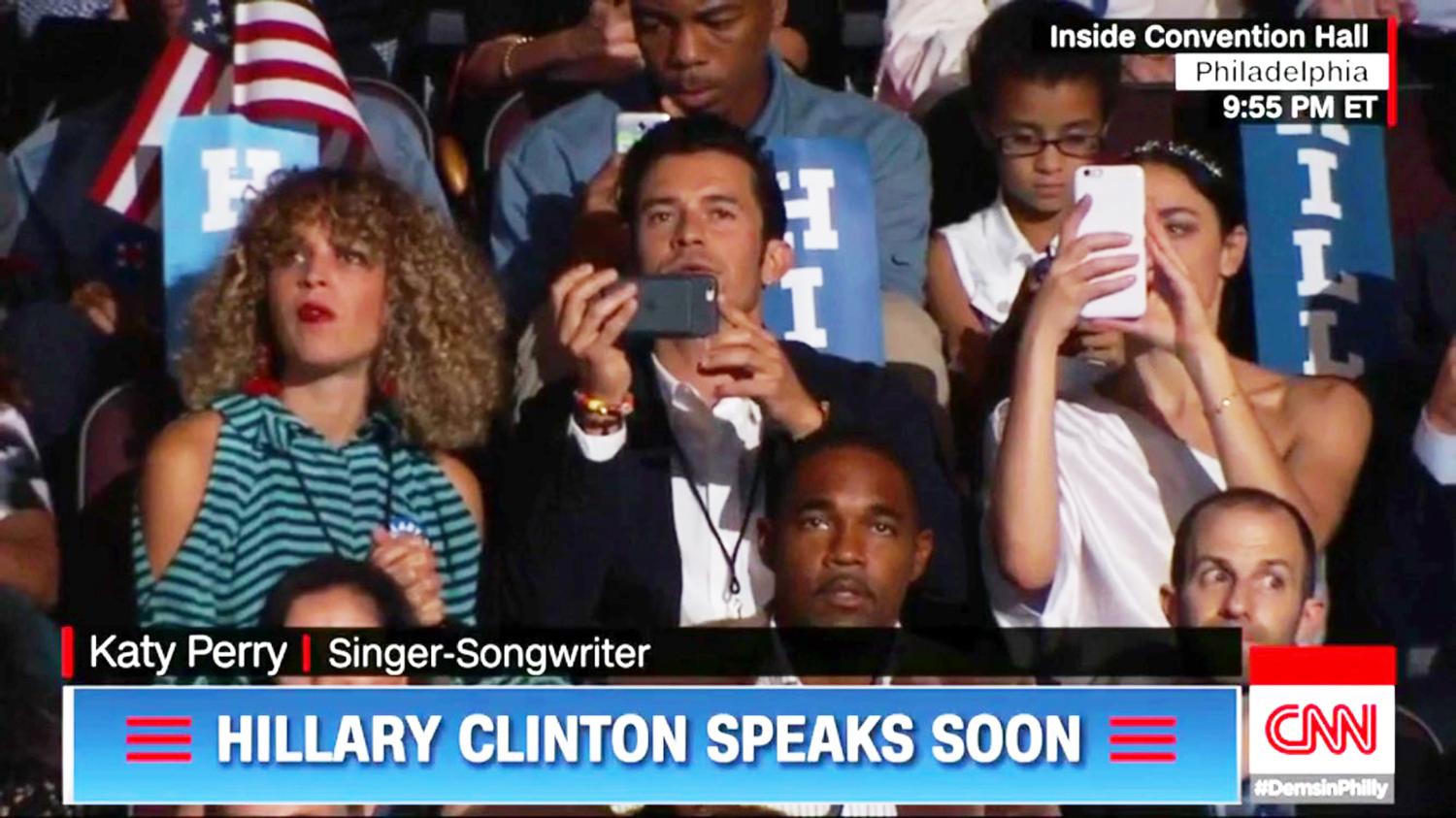 “So I am asking you to have an open mind and to use your voice, because on November 8, it will be just as powerful as any NRA lobbyist,” Perry continued. “You will have as much say as any billionaire. … Because it’s not where you come from but what you grow into.”

Perry and Bloom, 39, were last spotted earlier this month out on a dinner date at Sunset Tower in West Hollywood. In May, they attended the amfAR Gala at the Cannes Film Festival.

“They’re full speed ahead,” a friend previously told Us of the lovebirds, who weathered breakup rumors after Bloom was spotted out in Las Vegas with pal Selena Gomez. “They’re so into each other.”