Prince William and Duchess Kate are going to make their first Christmas as a family of five one to remember.

What Does the Royal Family Eat on Christmas? Pics

“It’s important to them that their kids share childhood traditions like their school pals,” a royal insider reveals in the new issue of Us Weekly. “They’re going all-out to make it extra special.” 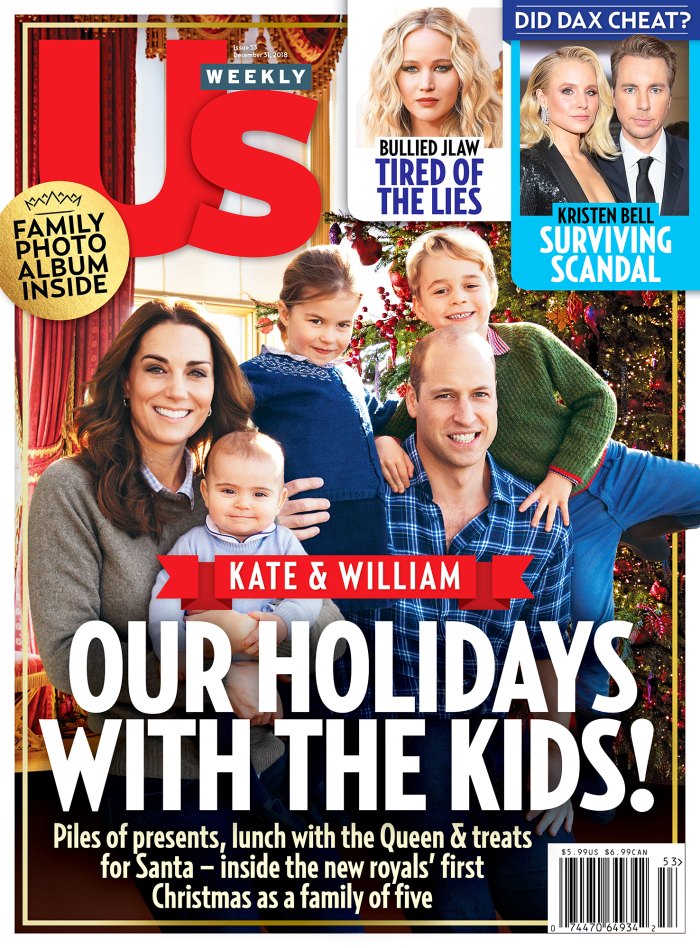 William and Kate, both 36, welcomed son Louis in April. They are also parents of Prince George, 5, and Princess Charlotte, 3. Per royal tradition, the Duke and Duchess of Cambridge’s family will join Queen Elizabeth II, Prince Harry, Duchess Meghan, Prince Charles and Duchess Camilla and other family members for Christmas at Sandringham House in Norfolk. Us previously confirmed that Meghan’s mother, Doria Ragland, will not celebrate the holidays with her daughter and son-in-law at the queen’s 20,000-acre estate.

Endearing Nicknames of the Royal Family

For more on the British royal family’s holiday plans — including their detailed Christmas Eve and Christmas morning schedule — watch the video above and pick up the new issue of Us Weekly, on newsstands now.