Shaking it off! Rob Kardashian let loose with older sister Khloe Kardashian on Wednesday, July 12, three days after his ex-fiancee, Blac Chyna, was granted a temporary restraining order against him.

“Dance party at the house with Tristan and Rob and Koko,” Khloe, 33, said in a Snapchat of herself swaying to music in her living room. Neither men were visible in the clip. 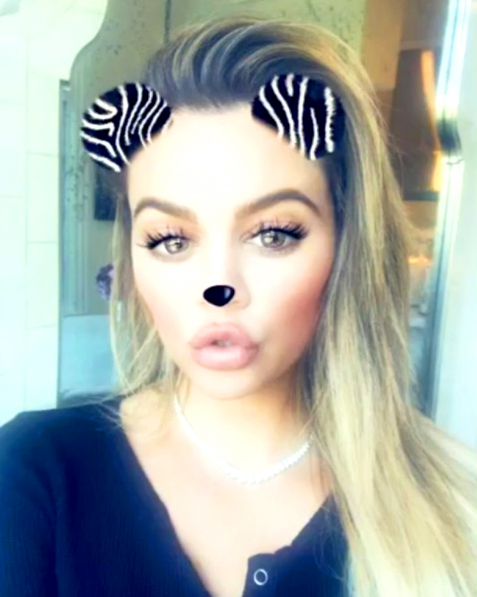 As previously reported, the Arthur George sock designer, 30, posted naked photos of Chyna, 29, last week on Twitter and Instagram, and accused her of cheating on him. He also claimed that he paid for her plastic surgeries, bills, jewelry and cars.

Sexual privacy attorney Carrie Goldberg explained to Us Weekly the possible trouble that Rob, who shares daughter 8-month-old Dream with the model, could face for this.

Rob Kardashian and Blac Chyna: A Timeline of Their Relationship

Rob’s lawyer Robert Shapiro told reporters on Monday, July 10, that his client’s social media rant was “a spontaneous reaction that he regrets,” and that “Rob’s only concern is for the well-being of baby Dream.”

The Lashed Bar owner has also said that she would never take Dream away from her ex. “Hopefully, me and Rob can learn to have common ground and be the best coparents as we can be,” she told Nightline in an extended version of her Good Morning America interview on Monday, July 10.

The on-and-off again duo broke off their short-lived engagement in June. They were last seen together in public celebrating Father’s Day at Disneyland.