What lies beneath. Ryan Reynolds’ trainer, Don Saladino, shared a revealing Instagram snap of the Deadpool actor in and out of his iconic red suit on Thursday, August 3.

@joshbrolin , you still have some work to do. ? – Check out Men’s Health’s interview with @vancityreynolds talking about his preparation for Deadpool 2 (link in bio). Loved being able to tag along for the ride and watch this guy put the work in. – Are you guys pumped for #deadpool2? – Get access to my workouts at @fitner_app – Donsaladino.com for access to my free site! – #suitup #ryanreynolds #deadpool #xmen #maximumeffort #comicon #blakelively #superheros #marvel #comicbooks #coreworkout #trainingpartner #donsaladino

Saladino — who has served as the Turbo actor’s trainer for the past eight years — captioned the racy snap, “@joshbrolin , you still have some work to do. ?” making a playful reference to Reynold’s Dealpool co-star Josh Brolin.

The Proposal star, 40, who is featured on the September 2017 cover of Men’s Health, shared details about his workout routine, which was specifically curated by Saladino to accommodate the actor’s busy schedule. 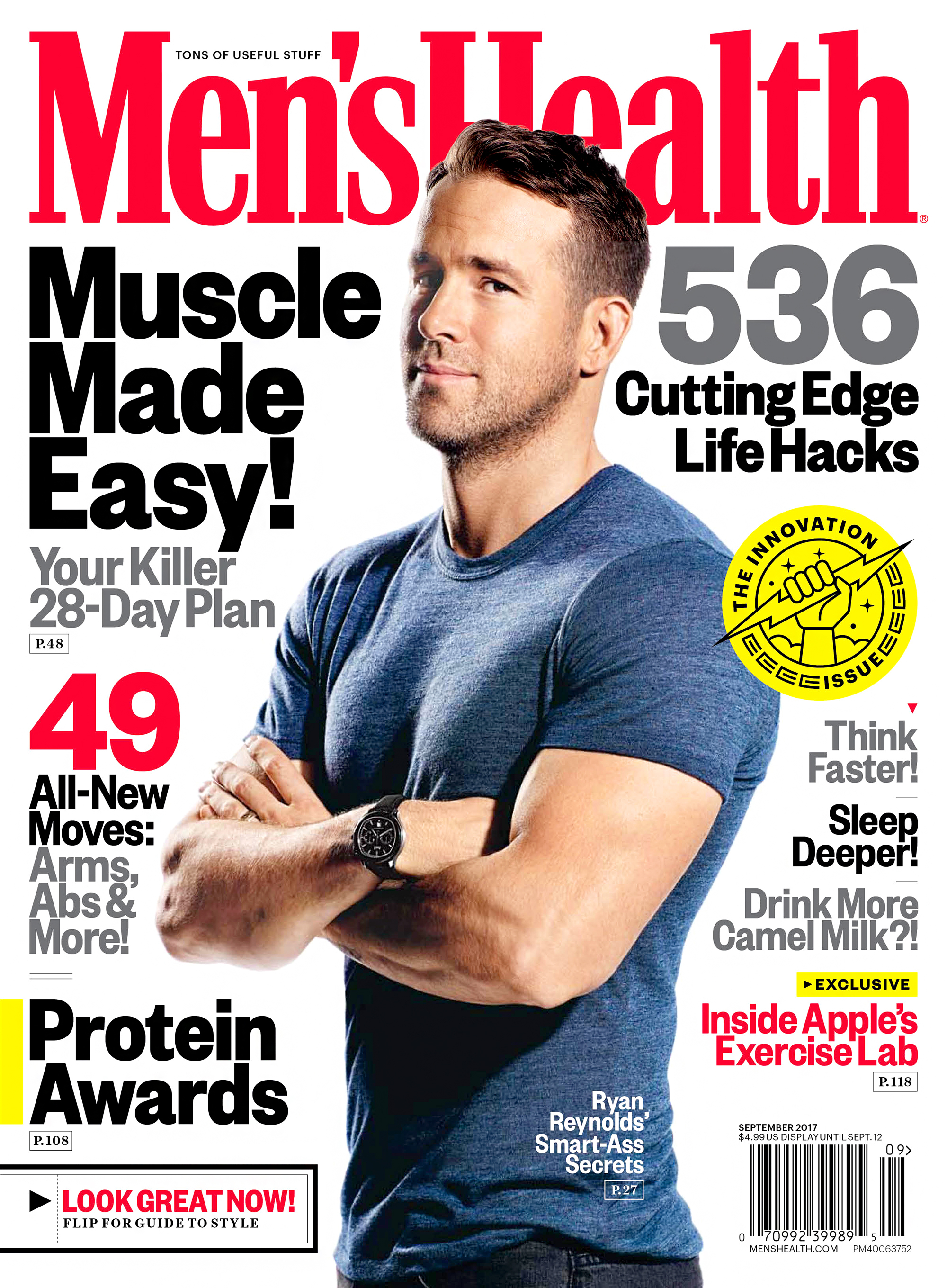 “[Don] has programs that I can access online because when I’m shooting, my hours are so erratic. I don’t want to have to meet somebody at 4 in the morning in a dark gym. I just want to go when I can go,” the Safe House actor said. And while Reynolds works hard at perfecting his body, the Golden Globe nominee revealed his one weakness — pizza.

“Is it really unhealthy if it makes you so happy? Patsy’s Pizza … There’s a Patsy’s Pizza up in Harlem that’s pretty much the best pizza … on the whole planet,” he told the mag.

But don’t be fooled by the hunk’s love for Italian food. The actor, who’s married to actress Blake Lively, says he eats “clean, whole foods” every two to three hours, especially while training for physically intensive movie roles.

It’s worth noting — the seemingly flawless stud admits that he has one area that could use improvement — his culinary skills.

“I am not innovative in the kitchen. If I cook, you’ll have a structure fire,” he jokingly said. “The firemen will kick down our door, take my wife away, and give her a better life.”