Duchess Kate Reportedly Uses This Natural Alternative to Botox — 31% Off!
Jennifer Aniston’s Facialist Compared This Mascara to Having Lash Extensions
Grab One of the Best Deals on Apple AirPods in Years — 50% Off!
END_OF_DOCUMENT_TOKEN_TO_BE_REPLACED

Because Tarek El Moussa and ex-wife Christina Anstead are on such good terms when it comes to coparenting and costarring together on Flip or Flop, the former doesn’t see a reason why he wouldn’t have a relationship with her son-to-be with hubby Ant Anstead.

“I’m sure I will [have a relationship with him],” the Flipping 101 With Tarek El Moussa star exclusively reveals in the new issue of Us Weekly. “[He’s] the brother of my children, right? So … of course, yeah. I plan on treating her new son as good as I possibly can.”

As Us previously reported, Christina and El Moussa, both 37, called it quits in December 2016, and finalized their divorce more than a year later, in January 2018. The former couple share children Taylor, 8, and Brayden, 3.

Shortly after Christina moved on and married the English TV presenter, 40, in December 2018, the pair announced in March that they were expecting their first child together, a boy — due September 2019.

The real estate pro also adds that his children can’t wait for the family’s new edition. “They’re very, very excited actually, which is good,” he says. “I’m excited for them too.”

As for who’s most thrilled? “Brayden doesn’t really understand,” Christina told Us in May, but Taylor’s “really excited and she’s like, ‘Holy crap, your belly and your boobs are so big.’ She’s just never really seen that. … But she loves to feel the baby kick and she’s excited about the process. She wants to help decorate the nursery.” 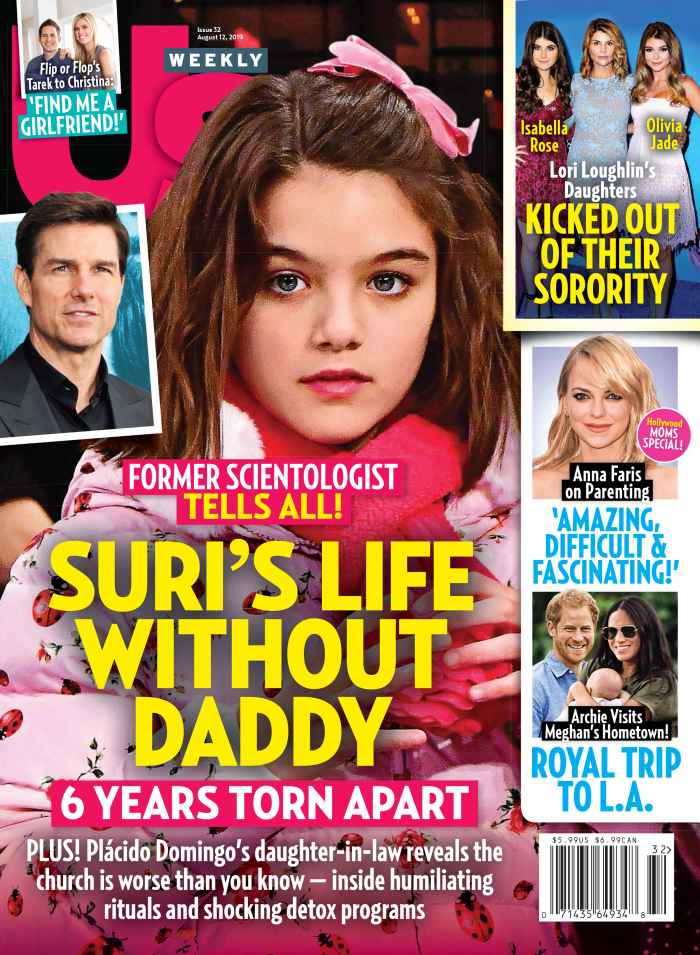 For more on El Moussa and Christina’s relationship dynamic, watch the video above and pick up the new issue of Us Weekly, on stands now!

Duchess Kate Reportedly Uses This Natural Alternative to Botox — 31% Off!
Jennifer Aniston’s Facialist Compared This Mascara to Having Lash Extensions
Grab One of the Best Deals on Apple AirPods in Years — 50% Off!
END_OF_DOCUMENT_TOKEN_TO_BE_REPLACED