She’s Britney, bitch! Britney Spears dropped her new single, complete with super-sexy cover art, late on Thursday, July 14 — and “Make Me” is worth the wait!

The new release (the first single from her ninth studio album) features rapper G-Eazy. The mom of two created an Internet storm last month when she shared a photograph of herself and the Oakland rapper, plus another shot of herself wearing very little while surrounded by a host of nearly naked male dancers. 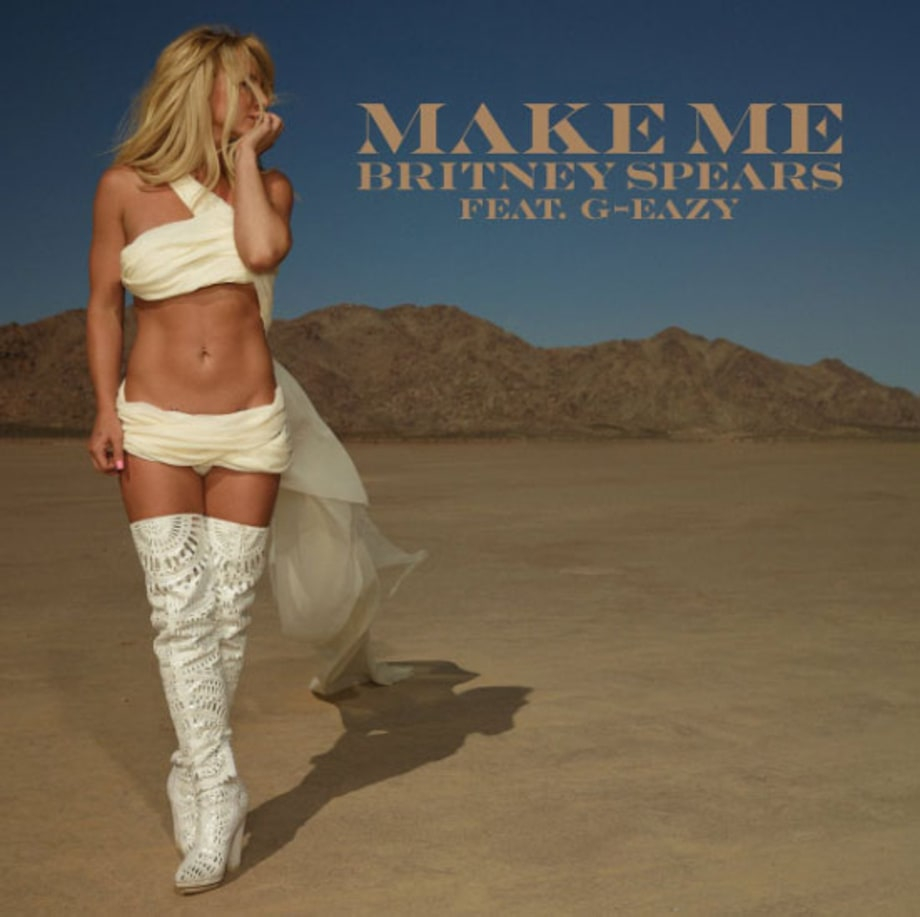 PHOTOS: Britney's Summer With Her Boys

The single’s sexy beat and vibe matches her raunchy video photos. “No rules / From the bar to the car, let’s take it back to my room / Igniting the heat of the moment; let the sparks fuse / Blowing up to the ceiling, we’re burning bright / When we cross the line,” she sings breathlessly in the new track.

Her new album will also carry the track “Private Show,” which the star teased during Entertainment Tonight earlier this week.

PHOTOS: Britney Spears Through the Years

In the video snippet, the 34-year-old singer worked her perfectly toned body and danced provocatively in a teeny black ensemble and garter belt while singing lyrics such as “I’m gonna put on a private show … take your seat now!”

Spears’ single “Make Me” (which you can download here) marks the mom of two’s first return to music since her 2015 collaboration “Pretty Girls” with Iggy Azalea. The singer has been busy performing at her residency at Planet Hollywood in Las Vegas in the interim.