Big Brother's Alyssa Snider and Kyle Capener Split
Jennifer Garner Has 'No Desire' to ‘Slow Things Down’ With Love John Miller
‘Seinfeld’ Cast: Where Are They Now?
END_OF_DOCUMENT_TOKEN_TO_BE_REPLACED

Demi Lovato was thrust into the spotlight at a very young age and has experienced her fair share of trials and tribulations throughout her journey living in the public eye.

The 25-year-old Disney star turned pop icon — who was hospitalized on Tuesday, July 24, for an apparent drug overdose — opened up about her struggle with addiction, road to recovery and embracing her sexuality in her candid documentary Simply Complicated, which premiered in October 2017.

Below, Us Weekly recaps the 12 most eye-opening revelations from Lovato’s intimate and heartfelt film. 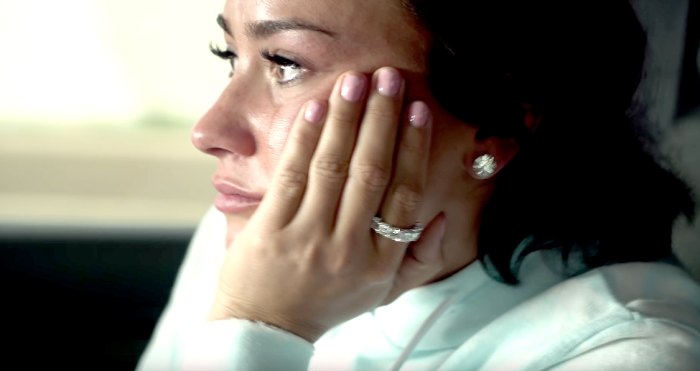 1. She became addicted to drugs as a teenager.
“My first time doing coke, I was 17 working on Disney Channel, and I was with a couple of friends and they introduced me to it. I was scared because my mom always told me that your heart could just burst if you do it. But I did it anyways and I loved it,” Lovato confessed. “I felt out of control with the coke the first time that I did it.”

The Grammy nominee revealed that her estranged father had a similar experience with drugs: “My dad was an addict and an alcoholic and I guess I always searched for what he found in drugs and alcohol because it fulfilled him and he chose that over a family.”

Stars Who Have Bared Their Souls About Their Struggles

2. She had suicidal thoughts at a very young age.
Although she grew up in a very close-knit and loving family, Lovato quietly battled depression. “Even though the dynamic in our family was always very loving and very open, on the other hand, we were also very closed off and secretive as well,” the “Tell Me You Love Me” singer said. “I was depressed at a very, very young age. Fascinated with death. Wondering what it would be like to have a funeral. I never knew why I would think so darkly and it took me a long time to figure out what was actually going on.”

3. Her relationship with the Jonas Brothers was complicated.
Nick Jonas weighed in on Lovato’s addiction and how it impacted their Camp Rock tour. “While we were on tour, Joe and Demi’s relationship had gotten really complicated. So I was playing the bridge, and it became really good between she and I for a while,” he explained, “We were growing closer than we’d ever been. I remember thinking in my head that I felt a little bit of pride about it, like selfishly maybe I was like, ‘I’m helping her back into coming back to being the Demi we all know and love. She’s not going to do anything crazy, it’s going to be fine.’” 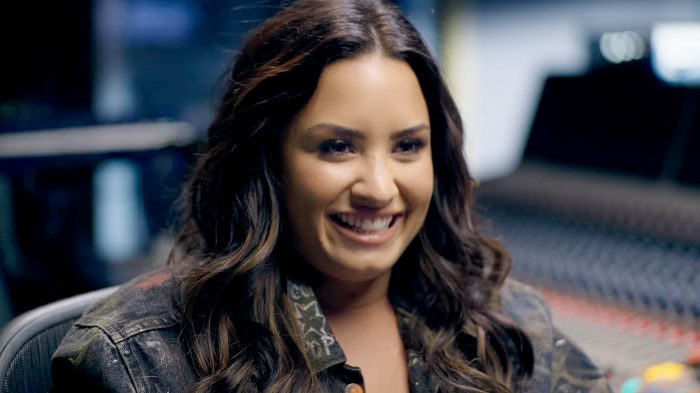 4. She hit rock bottom after punching a backup dancer.
After a night of partying while on tour in Colombia, a member of the “Sorry Not Sorry” songstress’ team told her management what had happened. When Lovato found out that it was her backup dancer who ratted her out, she lashed out. “She had already boarded the plane. I just went up to her and it was like a blur,” Lovato recalled, admitted that she punched her pal in the face. “Everyone was freaking out. I just remember going and sitting down, texting my mom, ‘I’m sorry.’ And I slept the whole day. I just came to a breaking point.”

Demi Lovato Through the Years

5. She was diagnosed with bipolar disorder at age 18.
“I was 18 when I first went into treatment. When I got diagnosed with bipolar disorder, it just made sense,” the “Confident” crooner confessed. “When I was younger I didn’t know why I would stay up so late writing and playing music, and then I learned about episodes of mania and I realized that’s probably what it was. I was manic. In a way, I knew that it wasn’t my fault anymore. Something was actually off with me.”

6. She performed on American Idol while hung over
The Sonny With a Chance alum recounted the last time she drank alcohol and how low she felt in that moment. “I would fake my drug tests with other people’s pee. It’s embarrassing to look back on the person that I was,” she said. “The very last night that I drank, I was at a hotel and I invited two random people and basically just drank with them. I got really, really drunk until it was time to get on a flight. And I was so drunk that I threw up in the back of the car service on the way to the airport to perform on American Idol. I felt like that was a moment in my career where I didn’t care. I just knew that I needed to get high to get through what I was going through a that point.”

7. She lived in a sober apartment while judging X Factor.
“What nobody knows is, while she’s a judge [on X Factor], she’s living in a sober apartment, with roommates. She’s having to do chores, she has no cell phone, she is completely and totally submitted to the process of recovery,” Mike Bayer, Lovato’s personal development coach, explained.

Added the “Tell Me You Love Me” singer: “You have to really lean in to the people who are trying to support you. You really have to surrender because that’s when the change is going to happen.”

8. She will always love her ex-boyfriend Wilmer Valderrama.
Lovato opened up about her on-and-off relationship with her longtime love. “I’ve never loved anybody like I’ve loved Wilmer. And like I still love Wilmer,” she shared. “When I met him and I laid eyes on him for the first time, I was in hair and makeup and I was like, ‘I love his man and I have to have him.’ But I was only 17 so he was like, ‘Get away from me.’ After I turned 18, we began dating and I think it was love at first sight. I don’t really believe in that, but I believe that it happened. We connected on a level that I’ve never connected with anybody before. He was just my rock, my everything.”

The former Disney actress revealed that their breakup “had nothing to do with falling out of love. Instead, “[they] decided together that [they’re] probably just better as friends.” 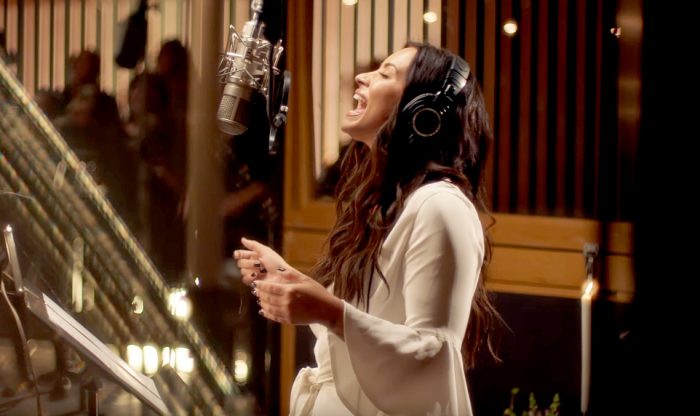 9. She struggles with her body image and has an eating disorder.
“I would bake cookies for my family and I would eat all of them and nobody would have any to eat. That was my first memory of food being that medicine for me. Food is still the biggest challenge in my life and it controls — I don’t want to give it the power to say it controls my every thought, but it’s something that I’m constantly thinking about,” Lovato disclosed. “Body image, what I’m going to eat next, what I wish I could be eating, what I wish I didn’t eat. It’s just constant. Like I get envious toward people that don’t struggle with an eating disorder just because I feel like my life would be so much easier.”

10. She was severely bullied in school.
“When I was 12, I was bullied. I developed a social anxiety where I didn’t trust other girls my age,” the pop star divulged. “Then one day, this girl who was popular started saying, ‘Demi should kill herself. She should slit her wrists.’ And it resulted in a suicide petition that got passed around and she had other classmates sign it. And when I asked them why, nobody could give me a specific reason why they were treating me the way they were. I had no friends. I was alone. So I went off of what they were calling me, which was a whore and being fat.”

11. The gym is her escape.
Working out regularly has helped Lovato stay positive and clear her mind. “The gym really helps and I know that I would be in a very dark place without it,” she said. “Anytime I’m able to take my mind off of any of my addictions, it’s very beneficial to me. Working out is a form of meditation for me because I’m not focused on anything in my head. It can transport you to a totally different place.”

12. She dates both men and women.
Love is love! “I am on a dating app with both guys and girls. I am open to human connection, so whether that’s through a male or a female, that doesn’t matter to me,” Lovato explained.

If you or someone you know is struggling with substance abuse, contact the Substance Abuse and Mental Health Services Administration (SAMHSA) National Helpline at 1-800-662-HELP (4357).

Big Brother's Alyssa Snider and Kyle Capener Split
Jennifer Garner Has 'No Desire' to ‘Slow Things Down’ With Love John Miller
‘Seinfeld’ Cast: Where Are They Now?
END_OF_DOCUMENT_TOKEN_TO_BE_REPLACED